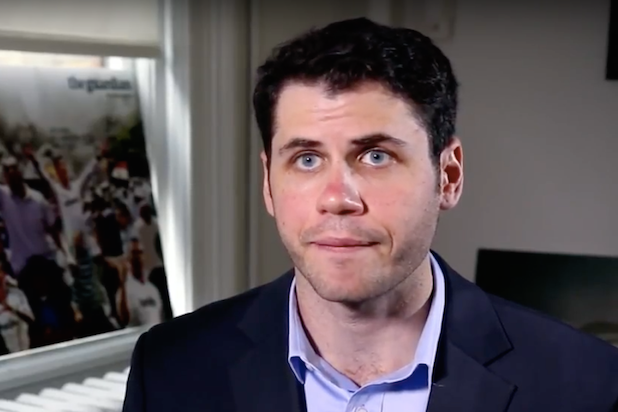 Jonathan Kaiman, Beijing Bureau chief of the Los Angeles Times, has been suspended over a sexual misconduct accusation by another journalist, the paper told TheWrap on Wednesday.

The Times has suspended Jonathan Kaiman and is investigating the accusation of sexual misconduct, a spokesperson for the paper said.

Felicia Sonmez, who worked in Beijing with Kaiman, said he groped her when they met in September and pressured her into a sexual encounter after heavy drinking. Sonmez, a veteran of the Wall Street Journal and Washington Post, outlined the charge in a letter to the Foreign Correspondents Club of China.

“Today @fccchina made public the details of my allegation of sexual misconduct against LA Times Beijing Bureau Chief Jon Kaiman. This was difficult to speak out about,” she said in a tweet Wednesday.

Today @fccchina made public the details of my allegation of sexual misconduct against LA Times Beijing Bureau Chief Jon Kaiman. This was difficult to speak out about. I am grateful to @HongKongFP for covering this serious issue, and to all those who have offered their support. https://t.co/G1O5kn6wYi

Kaiman had served as president of the Foreign Correspondents Club of China. He was forced to resign in January after a different woman came forward with a similar account of sexual misconduct.

That woman, Laura Tucker, explained her story in a Medium post in January, saying Kaiman pressured her into unwanted sex after a night of drinking at a Beijing nightclub in 2013.

“I was pressured into sex by an opportunistic friend. I explicitly voiced my lack of consent several times, and my words has no effect,” she wrote.  “Jon did not listen to me, did not respect my wishes or my space, and wasn’t open to the evening ending any other way.”

Kaiman did not immediately respond to request for comment from TheWrap.