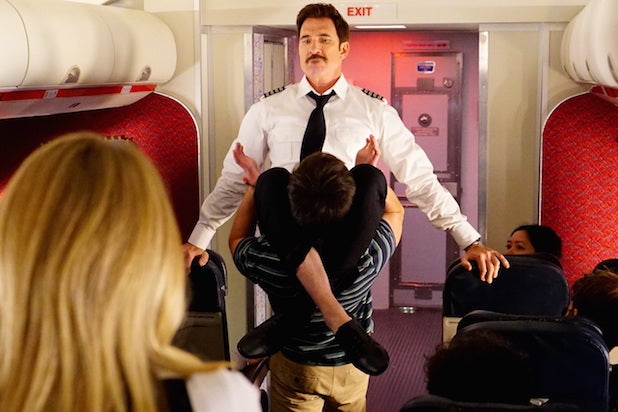 Fox’s series premiere of “LA to Vegas” on Tuesday flew in with a strong debut on the network’s most-watched night in over a year-and-a-half and its highest-rated night since premiere week. But the 30-minute trip didn’t board enough passengers at 9 p.m. to outperform NBC’s “Ellen’s Game of Games” or “Bull” on CBS.

The solid launch of Fox’s Dylan McDermott-led comedy — which was up approximately 38 percent compared to “The Mick”s performance in the same time slot last fall — was Fox’s highest-rated Tuesday comedy telecast since last January.

Univision was fifth in ratings with a 0.5/2 and in viewers with 1.7 million.

Also Read: Beer and Boasting in Las Vegas: the Story of a Fox Comedy Premiere at 30,000 Feet

The CW was seventh in ratings with a 0.2/1 and in viewers with 751,000. The network stacked its primetime lineup with repeats.