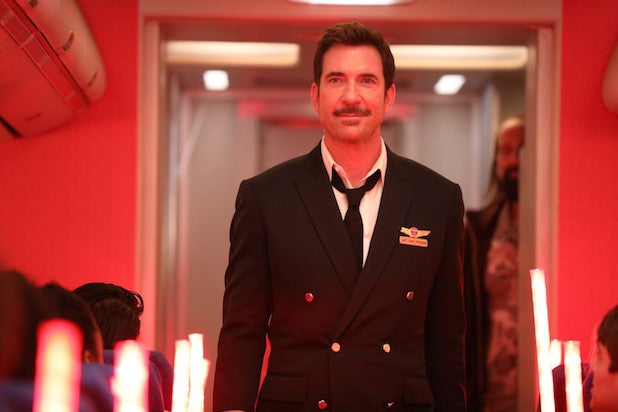 Looks like “LA to Vegas” won’t be taking off on Fox’s fall 2018-19 slate after all. The network has officially canceled the Dylan McDermott-led series after just one season.

An individual with knowledge of the decision tells TheWrap that, while the network was “proud of the show,” with the addition of “Thursday Night Football,” as well as new comedies on Fridays and Sundays, and the large amount of returning shows next season, Fox’s schedule couldn’t accommodate a second season of the Will Ferrell and Adam McKay-produced comedy.

The decision to cancel the show comes one week after Fox announced its upcoming Fall programming schedule on the morning of its upfront presentation in New York City. “LA to Vegas” and fellow freshman comedy “Ghosted” weren’t listed on the slate, but a Fox insider told TheWrap at the time they were both still “in the mix.”

Now we know that “LA to Vegas” is out, but there is still no word on “Ghosted.” (Here are the other shows we’re still awaiting decisions on.)

To-date, the freshman season of the Fox comedy averaged a soft 1.1 rating among adults 18-49, which is the core demographic for broadcast primetime advertisers. That not-good number includes a week of delayed viewing for episodes old enough to tally.