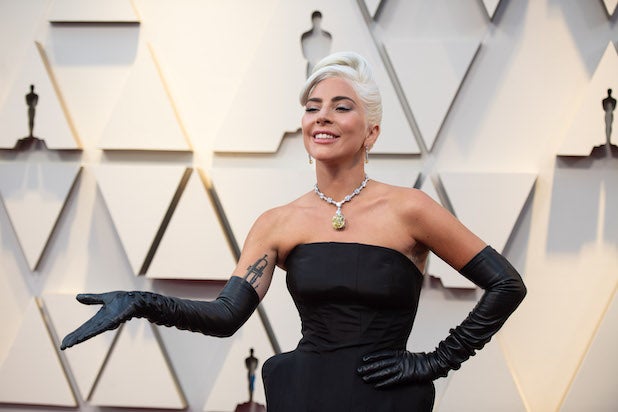 Lady Gaga, Claire Foy and Sterling K. Brown are among the 842 people who have been invited to join the Academy of Motion Picture Arts and Sciences, the Academy announced on Monday.

The announcement came two days after the Academy’s Board of Governors spent a Saturday meeting going over the lists of prospective members drawn up by each of the Academy’s 17 branches. This marks the fourth consecutive year in which several hundred film professionals have been invited to join the Academy. This will easily push the number of active Academy members over 9,000 and the number of Oscars voters over 8,000 for next year’s Academy Awards.

Other 2018 nominees and winners who have now received invitations to join the Academy include documentary director Talal Derki, songwriter Mark Ronson and animated-short Oscar winner Domee Shi (the first woman ever to direct a Pixar short).

Nearly all of this year’s Oscar-nominated actors had already been invited to join the Academy, but Lady Gaga had not (despite her co-writing credit on the 2015 nominated song “Til It Happens to You”). She was invited to join by both the Academy’s Actors Branch and Music Branch.

“Roma” co-star Marina de Tavira, who was nominated for Best Supporting Actress, received an invitation to join, but lead actress Yalitza Aparicio, who received a Best Actress nomination for her first film, did not. Other 2018 nominees and winners who were not invited included “Hale County This Morning, This Evening” and “Minding the Gap” directors RaMell Ross and Bing Liu, both of whom were nominated for their film debuts,  and “Green Book” writer-producers Brian Hayes Currie and Nick Vallelonga.

(In general, people who received Oscar nominations or won the Oscar for their first film were not invited to join, even though the nomination grants them an exemption from branch-by-branch rules that normally require multiple film credits.)

The Short Films and Feature Animation Branch invited the largest number of new members, 108, followed by the Documentary Branch with 98. The Actors Branch, which is by far the Academy’s largest, invited 56 new members, which also put it behind the Executives, Writers, Marketing and Public Relations and Visual Effects Branches in invitations.

While for years the Academy made a concerted effort to limit the number of new member invitations and keep the number of voters to no more than 6,000, all the membership limits were abandoned in the wake of the 2016 #OscarsSoWhite controversy. In the aftermath of the protests that followed two consecutive years of all-white acting nominees, the Academy vowed to double the number of female and non-white members by 2020.

It has already achieved the goal of doubling its non-white members, and is on track to double the number of female members with next year’s invitations.

Here is the full list of new member invitees. An asterisk indicates that the person has been invited to join by more than one of the Academy’s branches. (A person can only accept membership in one branch.)