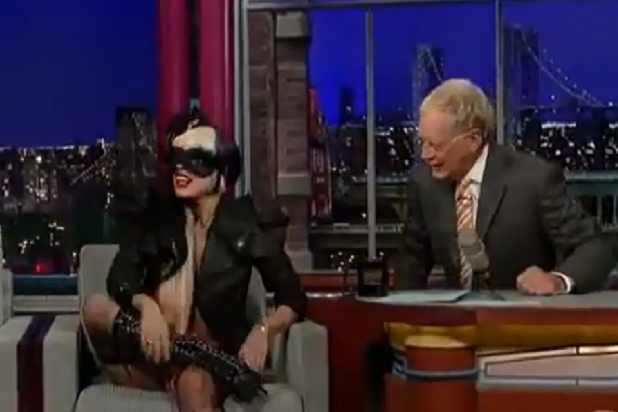 Contain yourselves Little Monsters! Lady Gaga is about to drop in on the “Late Show With David Letterman” on Wednesday.

The appearance will mark the first time the “Poker Face” chanteuse has performed on the CBS late-night show, though she sat down for an interview with Letterman in May 2011.

See video: Lady Gaga Gets Puked on in the Name of Art at SXSW

Gaga, who’s currently promoting her latest album “Artpop,” launched a string of shows at New York’s Roseland Ballroom on Friday, and is scheduled to perform there through April 7, after which the iconic concert hall will close its doors forever.

“Late Show” is typically rated PG-13, though CBS notes that the rating may change for that broadcast “due to specific subject matter.” So … expect bawdy shenanigans? Or perhaps an outpouring of stomach contents courtesy of a performance artist?