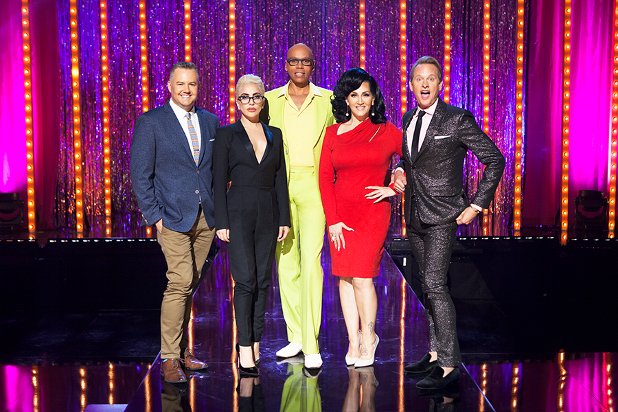 As the guest judge in the premiere episode of “RuPaul’s Drag Race” season 9, Lady Gaga is everything you want her to be: fabulous, poised, opinionated, covered in glitter, and inspirational.

Behind the scenes, the hype was just as real, longtime judge Michelle Visage told TheWrap during a recent interview.

Producers have been trying to get Gaga on the show for about six years, according to Visage, who said schedules never lined up.

Before each season begins shooting, the producers send out invitations to a lot of the big names, which include several queer community idols who “Drag Race” fans would love to see. Visage said this includes Cher, Madonna, Liza Minelli and Dolly Parton — all of whom have yet to appear on the show.

“It’s always a problem with touring because they’re so busy,” Visage explained.

Gaga was announced as the first guest judge back in February. The premiere is a special Gaga-themed episode that has the pop star enter the workroom in “disguise” as a Lady Gaga impersonator. In a joke testimonial, she introduces herself as “Ronnie,” before the queens slowly realize who is actually standing there.

RuPaul told Bravo’s “The Daily Dish” that the entrance and prank was Gaga’s idea, but that it fit right in with how the show is constantly trying to keep the contestants and the audience on their toes.

“The producers and I are all from the same school — we are pop culture junkies,” he said. “We grew up watching the same things and when you grow up on the fringe, you really get to study pop culture. And so we’ve applied everything that we’ve picked up through the years to our show. And so far we haven’t run out of things to not only amaze the audience and contestants, but really amaze ourselves.”

As for how Gaga was behind the scenes, Visage added that the pop star seemed a little guarded around her at first, but opened up as the judges spent time together on set. Visage is known for her outgoing, blunt, New York personality. And since Lady Gaga is a New York native, the two bonded.

Visage told TheWrap that, ultimitely, Gaga reminded her of herself, adding, “She came in our dressing room afterward.”