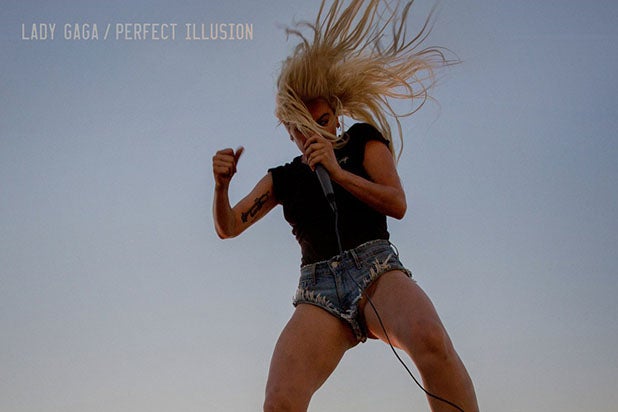 As fans wait for the official release of “Perfect Illusion” tomorrow, Lady Gaga shared a brief snippet of the long-awaited comeback song on Thursday.

In an interview for Rolling Stone‘s Fall Music Preview, Bloodpop called the single “a big rock song that makes you want to dance.”

This isn’t the first tease that Lady Gaga has shared with her fans on social media. She previously unveiled the single’s cover art and a few of its lyrics on Twitter.

Hear the snippet below.

I DON'T NEED EYES TO SEE
I FELT YOU TOUCHIN' ME
HIGH LIKE AMPHETAMINE
MAYBE YOU'RE JUST A DREAM #PerfectIllusion pic.twitter.com/6dzlTrQlrp