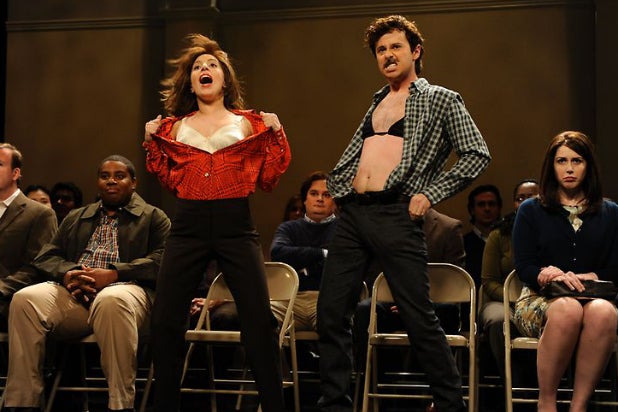 Lady Gaga’s episode of “Saturday Night Live” saw the show’s top figures in the key 18-49 demo and in total viewers since Oct. 5.

The Nov. 16 episode earned a 2.4 rating/10 share in the advertiser-coveted 18-49 demographic and 6.5 million viewers. Those results were No. 1 for the night on ABC, CBS, NBC and Fox, besting every Saturday primetime program on the Big 4 networks in both important measurements.

Gaga’s numbers are the highest since Oct. 5’s Miley Cyrus “SNL” episode, which earned a 2.7/12 and 6.7 million viewers overall.

Previously it was reported that Gaga’s turn matched for the highest rating in households since March 9, but those 56 metered market ratings are very preliminary. The household numbers for “SNL” come out on Sundays, the 18-49 data on the following Thursday.