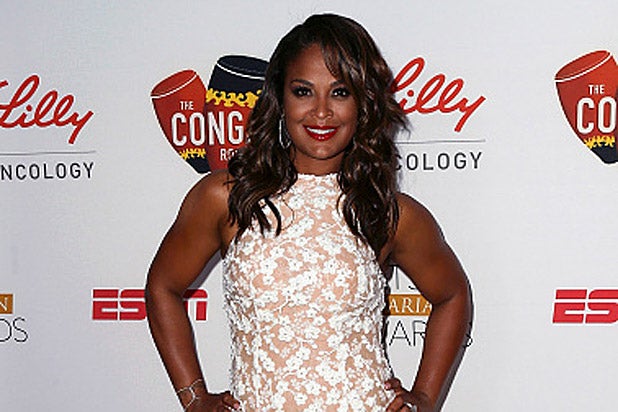 Not only will she get to honor some of the most philanthropic people in sports, she’ll also be at the presentation of an award celebrating the legacy of her late father, Muhammad Ali, at the event on July 11 at L.A. LIVE’s The Novo in downtown Los Angeles.

“There is no better person to name the award after, and I’m not just saying that because he’s my father. So many of the nominees reflect my father’s incredible legacy, so I think it’s very fitting,” Laila Ali told TheWrap.

Named after the legendary boxer who died on June 3, 2016, the Muhammad Ali Sports Humanitarian Award will go to someone who has impacted the lives of those in need through selflessness, courageousness and compassion.

“I think my father was someone who did his absolute best in his profession and towards humanity. He always said when he was boxing that he wanted to use it as a platform to do humanitarian work,” Laila continued. “He followed through on that and had such a big impact on so many people’s lives globally. He really just did what was right and stood up for what he believed in. He set a great example to follow.”

This year’s event will mark the second time that Ali has hosted the event since her father died. “Once I lost my father, it was definitely a sad day. But with him having had  Parkinson’s for so many years, I could prepare for it mentally and physically,” she said. “I have comfort that he is in a better place now and no longer suffering.”

She added: “I also have so many great memories, and footage documented about him and his life. Not many people have that opportunity to have that much to go back and look at and to show my children as they get older.”

Muhammad Ali is not the only late, great to be remembered at the Sports Humanitarian Awards, as ESPN’s own Stuart Scott — who lost his battle with cancer in January 2015 — with the presentation of the ENSPIRE Award.

“I didn’t know Stuart Scott, I had met him but never had the opportunity to sit down and talk with him,” Laila said, however “he was amazing person … so strong and so inspirational. It is really important when you have a platform to use it in a positive way — one in three people suffer from cancer, it is a serious epidemic and Stuart did so much to raise awareness.”

This year Laila will have another ESPN talent as her sidekick and co-host, “Mike & Mike’s” Mike Greenberg. “I think it is going to be fun and he’s a pro,” Ali said of working with the sports media veteran for the first time.

Of course, the political landscape in the U.S. has changed a lot since the 2016 Humanitarian Awards — and in an era where there is a slew of negativity on social media and in the news, Ali says it is “nice to celebrate people doing positive things, giving back to the community, doing charitable work … there is a lot of negativity that we can focus on so it’s good to have an event like this to put a smile on people’s faces.”

The net proceeds of the event will benefit the Stuart Scott Memorial Cancer Research Fund at the V Foundation. ESPN will grant a total of $100,000 to the charities of the winners and $25,000 for each of the finalists.

Last year, a total of $785,000 was raised for the Stuart Scott Memorial Cancer Research Fund, which along with ESPN’s contributions in recognition of the honorees, resulted in a total of $1.7 million distributed to the community.

In support of The V Foundation, Bristol Myers-Squibb will serve alongside ESPN as the presenting sponsor of the Sports Humanitarian Awards.

Highlights of the evening will be showcased during a one-hour program on ESPN, July 25, at 7 p.m. ET.

See the rest of the nominees below.