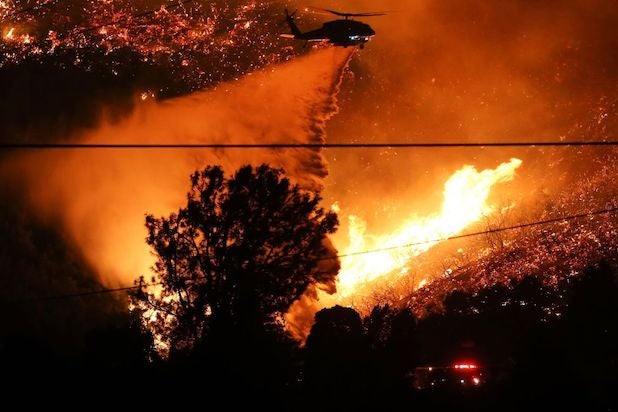 A helicopter drops water over the fire near the Lake Hughes area of the Angeles National Forest on Aug. 12. (Mario Tama / Getty Images)

A fire blazing near the Lake Hughes area of the Angeles National Forest — which is located between Santa Clarita and Palmdale — has burned 10,500 acres and remains 0% contained, officials announced on Thursday morning.

“This fire quickly erupted by sundown,” Angeles National Forest Fire Chief Robert Garcia told reporters on Thursday. “This will be a major fire for several days.”

It’s not immediately clear what started the fire, which was first reported on Wednesday afternoon and has since destroyed several structures and continues to threaten thousands more. L.A. County Fire Chief Daryl Osby said the areas where the fire has blazed have “not burned in decades” and that firefighters were “expecting significant temperatures” later on Thursday and into this weekend, adding to the difficulty in containing the blaze.

No injuries have been reported as of Thursday morning.