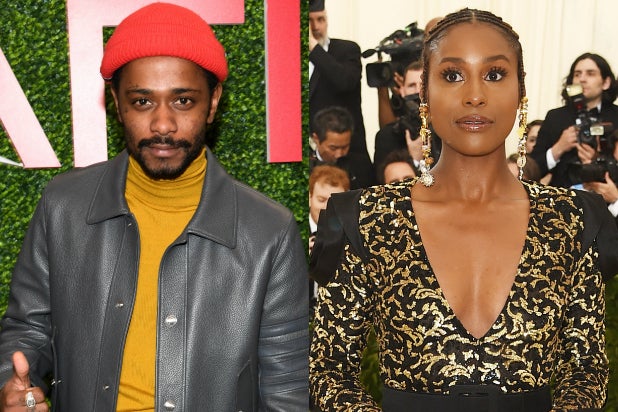 “Sorry to Bother You” star Lakeith Stanfield and “Insecure” creator Issa Rae will star side-by-side in “The Photograph,” a new film for Universal Pictures.

The film is based on an original spec by “Everything, Everything” director Stella Meghie. Her directorial debut, “Jean of the Joneses,” premiered at the 2016 South-by-Southwest Film Festival.

“The Photograph” is described as a romantic drama centered on intertwining love stories in the past and present. Will Packer will produce the film along with James Lopez under his company Will Packer Productions.

Packer’s latest film, the Taraji P. Henson-led “What Men Want,” has grossed $59.7 million worldwide. Universal will release his next film, “Little,” on April 12.

Meghie, who will also direct and executive produce “The Photograph,” has worked with Rae in the past, directing the season three “Insecure” episode “Fresh Like.” She is also set to direct Rae in Fox’s “American Princess,” about an American woman who is drawn into a world of wealth and high society when she unexpectedly falls in love during a trip to London.

Rae is also producing a musical romance “Love in America” for Universal. The film, also written by Aniobi, is the first film project for Rae and Deniese Davis under their ColorCreative production banner.

Stanfield is coming off a busy 2018 in which he starred in the critical hit “Sorry to Bother You” and “The Girl in the Spider’s Web.” He will next star in Netflix’s upcoming romantic comedy “Someone Great,” also being produced by Feig’s production company, and Lionsgate’s upcoming murder mystery “Knives Out” from director Rian Johnson.

In February, Warner Bros. announced that Stanfield would rejoin his “Get Out” co-star Daniel Kaluuya in “Jesus Was My Homeboy,” which will follow the rise and untimely death of iconic black activist, revolutionary and Black Panther Party member Fred Hampton through the eyes of the man who betrayed him.

Umberto Gonzalez contributed to this reporting