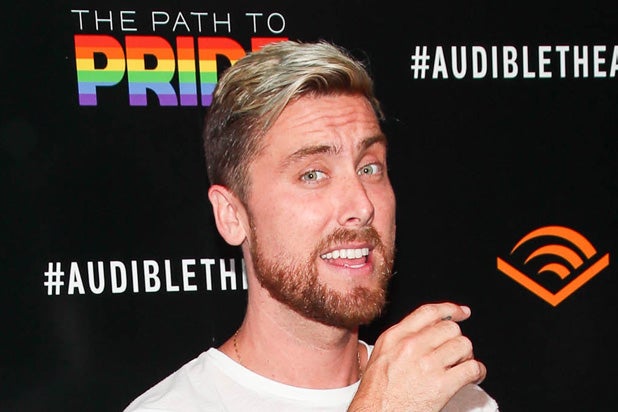 Congratulations, Lance Bass; they say the final stage is acceptance.

Former ‘NSync star Bass took to Twitter on Tuesday to react to news that HGTV had purchased the house used in the ’70s sitcom “The Brady Bunch,” after Bass thought the keys to the property were as good as in his hands.

Bass’ verdict? If he was going to lose the property, it might as well be to HGTV.

“HGTV??! Aw man. I’d be pretty upset if it were anyone else, but how can you be mad at HGTV??” Bass tweeted. “My television is stuck on that channel. Kudos HGTV, I know you will do the right thing with the house. That was always my biggest worry. I can smile again.”

And to prove that he could, Bass ended his tweet with a smile-face emoji.

David Zaslav, the CEO of HGTV parent company Discovery, announced on Tuesday’s second-quarter earnings call that the network had purchased the house that was recently on the market.

“One of our projects for HGTV will speak to those ‘Brady Bunch’ fans on the call,” he said. “You may have heard that the house from the iconic series was recently on the market in California. I’m excited to share that HGTV is the winning bidder and will restore the ‘Brady Bunch’ home to its 1970s glory as only HGTV can.”

Zaslav’s announcement came after Bass declared himself “heartbroken” upon learning that he had lost the home to another bidder. Bass said he had been told late last week that the real estate broker had accepted a bid he said was well over the asking price of $1.885 million.

“I’m feeling heartbroken today,” Bass said on social media. “As many of you may have heard, we placed the winning bid on the iconic Brady Bunch house — at least that’s what we were told.”

Bass continued, “The next day, due to ‘unforeseen circumstances’ the same agent informed us that there’s another Corporate Buyer (Hollywood studio) who wants the house at any cost.”

The three-bedroom, three-bathroom house was used for exteriors in the sitcom, which aired from 1969 to 1974. Listing agent Douglas Elliman called the 2,477-square-foot house the “2nd most photographed home in the United States after the White House.”

HGTV??! Aw man. I’d be pretty upset if it were anyone else, but how can you be mad at HGTV?? My television is stuck on that channel. Kudos HGTV, I know you will do the right thing with the house. That was always my biggest worry. I can smile again. ????