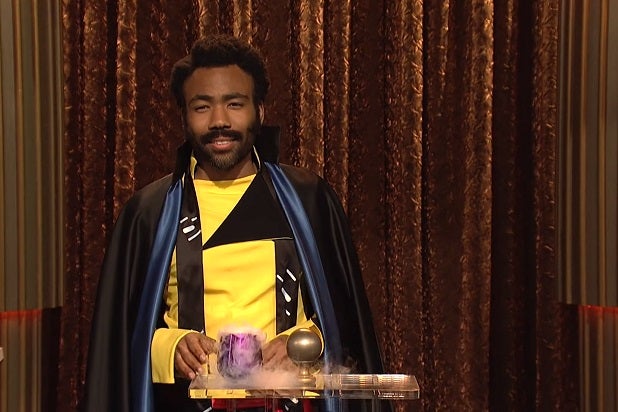 “I would say yes,” Kasdan told the Huffington Post. “There’s a fluidity to Donald and Billy Dee’s [portrayal of Lando’s] sexuality,” Kasdan added.

“I mean, I would have loved to have gotten a more explicitly LGBT character into this movie. I think it’s time, certainly, for that, and I love the fluidity ― sort of the spectrum of sexuality that Donald appeals to and that droids are a part of.”

In the original “Star Wars” trilogy, Lando was played by Billy Dee Williams, who gave Donald Glover the simple instructions to “just be charming.”

It appears that Glover took the advice to heart because as young Lando, he plays up the character’s charm and adds a new layer to the gambling swashbuckler.

“He doesn’t make any hard and fast rules. I think it’s fun,” Kasdan said. “I don’t know where it will go.”

“Solo: A Star Wars Story” follows young Han Solo (Alden Ehrenreich) as he gets started on his life of crime, meets and befriends Chewbacca (Joonas Suotamo), gets hold of the Millennium Falcon and gambles with Lando Calrissian (Donald Glover). It also stars Woody Harrelson, who plays Tobias Beckett, Han’s mentor in piracy.