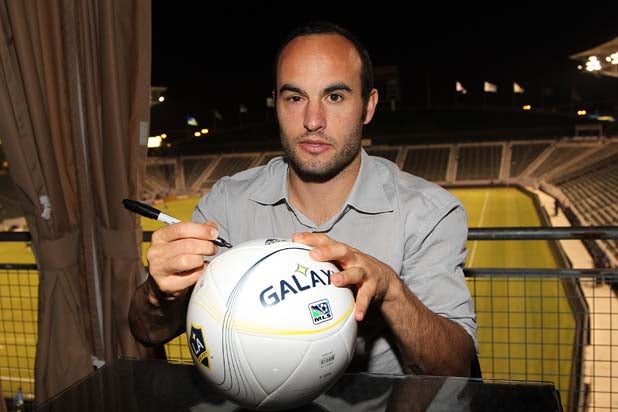 The American Soccer landscape was rocked Thursday by the news that Landon Donovan, America’s most successful and celebrated soccer star, was left off the roster for the upcoming World Cup in Brazil.

Klinsmann’s comments showed a deep respect for the Donovan, which contrasted those of his son Jonathan, who posted an irreverent and since-deleted tweet mocking Donovan’s rejection.

Naturally, the news of Donovan being cut from the team shook the social media world, who reacted with a wide array of emotions, from anger to conspiracy theories to outright threats against Jurgen Klinsmann.

Here are the cream of the crop:

Why is @landondonovan not on the World Cup Team? @J_Klinsmann is trying to sabotage our team so Germany can win, that’s why #USMNT #WorldCup

Like how the fuck does it cross your mind to leave out the greatest USA player of all time? @J_Klinsmann you fucking moron

Anyone else think that Jurgen Klinsmann is benching Donovan because he’s German? They’re in the same group…#conspiracy

Can we start conspiracy theories? Like Klinsmann is still being paid by Germany? That makes more sense. #ussoccer #worldcup #donovan #usmnt

I don’t know diddly about soccer , but everyone on my timeline is super-pissed, so LANDON DONOVAN?!? NOOOOOOO!!!! (Am I doing it right?)