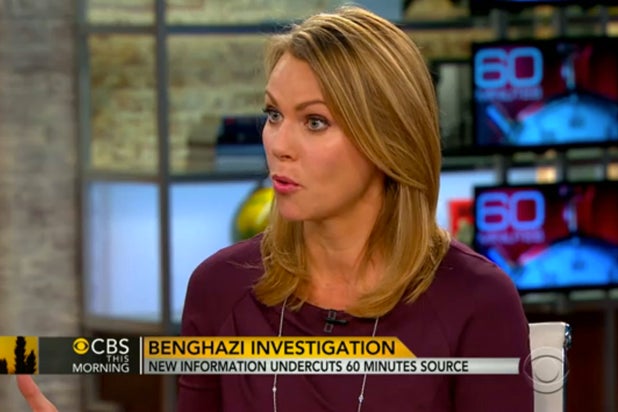 Will Lara Logan get thrown under the bus?

A New York magazine feature published Sunday on the disgraced CBS reporter cast doubt upon whether she would return in the fall to “60 Minutes” and named Clarissa Ward as a potential replacement.

Logan has been on a leave of absence from the program since November after a report on the attack on the US consulate in Benghazi was found “deficient in several respects.”

“60 Minutes” executive producer Jeff Fager’s decision not to fire Logan over the botched report caused a “ripple of discontent through CBS News,” according to the report. “Logan’s return appears less and less certain.”

Logan is described by colleagues as being extremely ambitious but with a high predilection for taking risks.

“She got everything she wanted, always, even when she was wrong, and that’s been going on since the beginning,” one said.

“It’s not an accident that Lara Logan fucked up,” says another. “It was inevitable. Everybody saw this coming.”

If Logan doesn’t return, Fager could potentially eye Ward as her heir apparent.