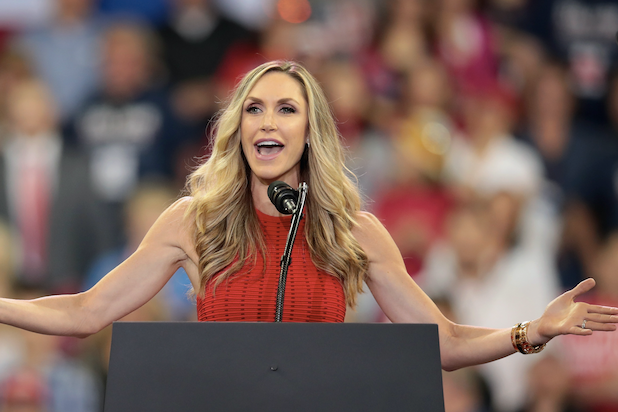 Lara Trump, a former adviser to Donald Trump’s re-election campaign who is married to the former president’s son Eric, is the latest contributor added to Fox News’ roster.

The announcement came Monday during “Fox & Friends” when co-host Ainsley Earhardt welcomed Lara Trump by saying: “Let’s bring in Lara Trump, former senior adviser for the Trump campaign. And we have a big announcement. She is a new Fox News contributor. Welcome to the family, Lara.”

Trump added, “I’m so excited, first of all, to be joining the Fox family. I sort of feel like I’ve been an unofficial member of the team for so long. You guys know it was kind of a joke over the past five years. I would come there so often that the security guards were like, ‘Maybe we should just give you a key.'”

Trump is not the first figure from the previous administration to join Fox News in recent months. Former White House press secretary Kayleigh McEnany was announced as a contributor in early March. Previous press secretary Sarah Huckabee Sanders also joined Fox News after her stint in the Trump White House, though she departed in January as she mounted a campaign to be the next governor of Arkansas.

Trump herself may not be long for the network for similar reasons: She has repeatedly confirmed to Fox News primetime host Sean Hannity that she is “considering” a run for the U.S. Senate in her home state of North Carolina.

Sen. Richard Burr, a Republican who was first elected in 2004, recently announced he is not interested in seeking re-election in 2022, leaving the slot open for her possible run.

Ainsley: Let's bring in Lara Trump, fmr senior advisor for the Trump campaign, and we have a big announcement, she is a new Fox News contributor. Welcome to the family, Lara.

Lara: I sort of feel like I've been an unofficial member of the team for so long pic.twitter.com/doofIJomDO