Larry David recently ran into former Trump attorney Alan Dershowitz at the grocery store, and he didn’t hold back from criticizing the Harvard Law professor.

In a heated exchange that was witnessed by a Page Six source, Dershowitz and David bumped into each other at Chilmark General Store in Martha’s Vineyard. Dershowitz confirmed the exchange he had with David to Page Six and said it started when he saw David and tried to say hi, but the comedian walked away from him.

Dershowitz then said, “We can still talk, Larry,” which prompted David to bring up Dershowit’z Trump ties — he mentioned in particular Dershowitz’s fondness for Trump Secretary of State Mike Pompeo. 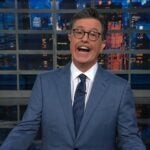 “No. No. We really can’t. I saw you. I saw you with your arm around Pompeo! It’s disgusting,” David said.

The New York Post source that after David left, Dershowitz took off his shirt to reveal a t-shirt underneath that read “it’s the Constitution, stupid,” then drove off in an “old, dirty Volvo.” 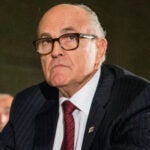 Also Read:
Editorial Board Calls for Giuliani’s National Disbarment: We’ve ‘Had Enough’ of His ‘Fake News’

Dershowitz confirmed the encounter when asked by Page Six and said he wasn’t at all amused. The incensed David “screamed and yelled” at him in public, Dershowitz said, adding “I was worried that he was going to have a stroke” because his face was turning red.

Dershowitz also threw in a couple digs at David after their conversation was over — he told Page Six, “While he was writing bad jokes, I was helping to bring about peace in the Middle East. What has he done?”

Despite his ties to the Trump White House — he was part of the legal team defending Trump during his first impeachment trial — Dershowitz said he’s a blue-blooded liberal at heart. Dershowitz endorsed Hillary Clinton during her 2008 presidential bid and voted for her in 2016; he also has said he emphatically supported president Barack Obama in 2008.

“I’m a liberal Democrat and I voted for Biden just as enthusiastically as Larry did,” Dershowitz told the tabloid.