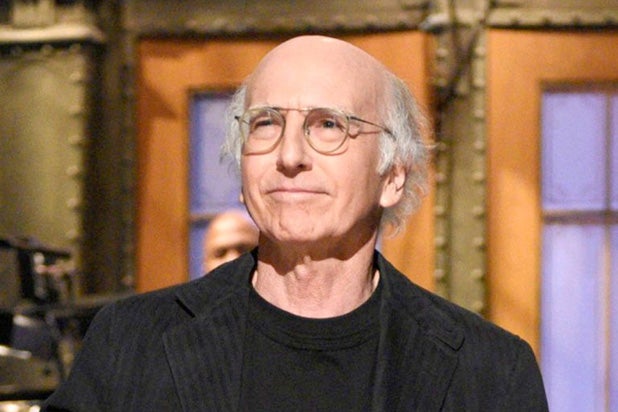 As someone who is deeply involved in the support and aid of Holocaust survivors, as well as making their voices relevant to this and future generations, I am compelled to jump into the controversy surrounding Larry David’s “concentration camp dating joke” on last Saturday’s “SNL.”

Get over it, it was a joke.

To those who came down on David with righteous indignation, may I ask:

Where were you when the Trump administration omitted any reference to Jews in the official U.S. government statement on International Holocaust Day, just this January 27? When groups like the ADL registered their complaints to the White House, it fell on deaf ears.

Where were you when the Holocaust monument in Canada’s capital, Ottawa, neglected to mention Jews or anti-Semitism in the inscription?

Where were you when the Russian Foreign Ministry spokesperson re-wrote history by claiming that the USSR, not Bulgaria, saved nearly 50,000 Jews from deportation and extermination — a total fabrication in Holocaust history?

Where were you when it was announced that 35,000-plus Holocaust survivors live in poverty, in of all places, Israel — a country where their pain and sacrifice was the brick and mortar that built Israel, and whose shoulders every Israeli stands on?

Where were you when the facts surrounding the Holocaust is denied, questioned and challenged in American classrooms?

I’ll tell you where you were — you were absent. The joke wasn’t on “Saturday Night Live,” the joke is your righteous indignation and ignorance of where the real problem is. A comic makes a joke about the Holocaust and that triggers an avalanche of response. A survivor goes to bed hungry, riddled with untreated diabetes in a roach-ridden flat in Tel Aviv, and your response? Crickets.

This is why we laugh. This is why we tell jokes. We are all victims of oppression and what do we do — we laugh in its face. Larry David was not joking about the Holocaust, he was making an observation on who we are — resilient in the face of horror.