Naming rights to LA’s Staples Center arena– home of the NBA’s LA Lakers and LA Clippers and WNBA’s LA Sparks, as well as the NHL’s LA Kings — have been sold to cryptocurrency app company Crypto.com in a 20-year deal that takes effect on Dec. 25, 2021.

The deal was announced Tuesday in a joint statement by Crypto.com and Anschutz Entertainment Group (AEG), which owns the venue that will for at least the next 5 weeks continue to be known as Staples Center.

The venue’s new name and logo will debut during the Lakers-Brooklyn Nets game on Christmas day with the replacement of all internal signs. However, the far less embarrassing exterior signs will remain in place until no later than June, 2022. 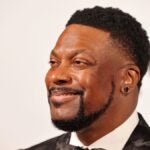 Staples Center, named for the big box office supply store, opened in 1999. Since then, it has played host to 19 of the last 21 Grammy Awards ceremonies, and numerous major concerts and sports events.

“Known as the Creative Capital of the World, the city of Los Angeles and the people who call it home have always been pioneers, pushing the boundaries and innovating as the undeniable global leaders of culture and entertainment. We’re very excited about partnering with AEG and investing long term in this city, starting with Crypto.com Arena in the heart of downtown, and using our platform in new and creative ways so that cryptocurrency can power the future of world class sports, entertainment and technology for fans in LA and around the world,” Crypto.com Co-Founder and CEO, Kris Marszalek said in a statement.

“This partnership is about the future. AEG and Crypto.com not only share a vision about innovation and the future of sports and entertainment, but we also have a shared commitment to our communities where we work and live.  We look forward to partnering with Crypto.com to create meaningful initiatives to bring that vision to life in the years to come,” Dan Beckerman, President and CEO of AEG said.