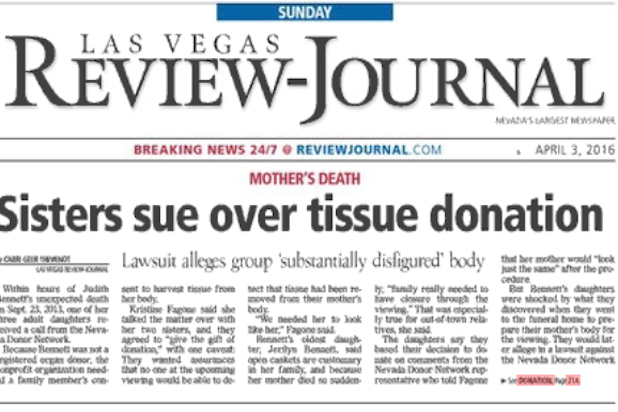 Smith wrote an epic letter to colleagues that he left in the newsroom, according to Politico.

“In Las Vegas, a quintessential company town, it’s the blowhard billionaires and their political toadies who are worth punching. And if you don’t have the freedom to call the community’s heavyweights to account, then that ‘commentary’ tag isn’t worth the paper on which it’s printed,” the letter reportedly said.

Adelson reportedly didn’t even want news of his involvement with the paper to become public knowledge. On Saturday,  R-J editor J. Keith Moyer defended the paper’s ban of Adelson in an interview with Mary Hausch, a journalism professor at the University of Nevada-Las Vegas. By defending the ban, it became public knowledge.

Adelson once sued Smith for libel after Smith wrote about him in a book. Although the case was eventually dismissed, the legal fees bankrupted Smith and Moyer considered this a conflict of interest.

Smith’s letter continues: “Recent events have convinced me that I can no longer remain employed at the Las Vegas Review-Journal, a spirited newspaper that had battled to remain an independent voice of journalism in this community.”