Las Vegas is doing something it never does: laying low.

Less than 24 hours after being rocked by the largest mass shooting in modern U.S. history, Sin City is in a state of shock. The Mandalay Bay Resort and Casino was eerily quiet following the massacre, in which a lone gunman opened fire on a country music festival late Sunday, killing at least 59 people and injuring more than 500 hundred others.

The grand entrance to the hotel, usually bustling with tourists coming in and out, was blocked with yellow police tape. Las Vegas Boulevard, also known as the Strip, remained closed between Tropicana Avenue and Sunset Road. It’s unclear when it might reopen to traffic. 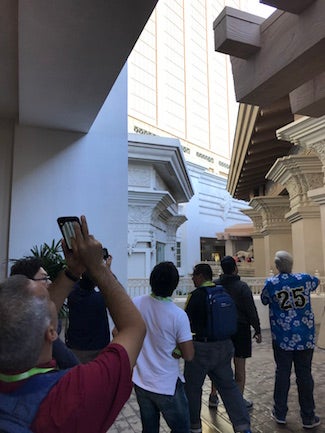 The few people huddled in the entrance to the hotel had their cameras pointed at the busted-out windows on the 32nd floor, where the gunman opened fire on concert revelers below. Among them was one of the concert’s stage managers, still shaken from his close call with death.

“I saw a woman get shot just a few feet away from me,” the man, who asked not to be named because he was not authorized to speak to the press, told TheWrap. “We could see the bullets ricochet off the stage.”

He said he wasn’t sure whether or not the woman, who he described as a young girl in her 20s, made it out alive.

“People tried to pull her out of the line of fire but then there was a second round and everyone just hit the ground,” he said.

The stage manager said he still hasn’t been able to catch any sleep, saying he remained in a “state of shock.”

“My kids were supposed to be here with me,” he said.  “Thank God they’re not here.” 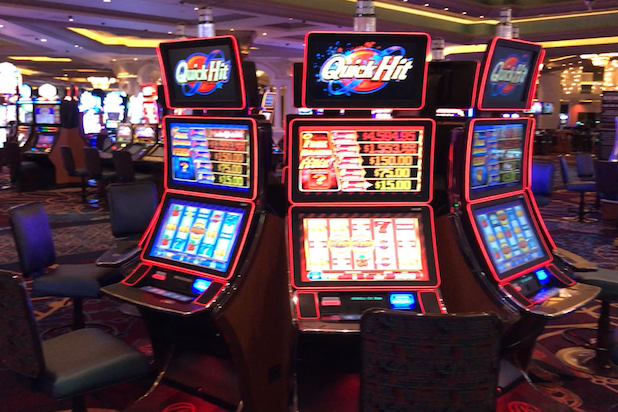 Inside the Mandalay Bay, the atmosphere was unusually hushed as well. Blackjack tables were closed on Monday.The few people who were at the hotel’s casino area sat in what seemed like a daze.

“It’s usually very busy this time of day,” said a hotel employee who also asked not to be named because he wasn’t authorized to speak to the media. “This is definitely quiet.”

“It’s weird,” Isidro Mendez, a 34-year-old assistant food and beverage manager from Oxnard, California, told TheWrap. “Yesterday it was so busy you could barely hear yourself think.” 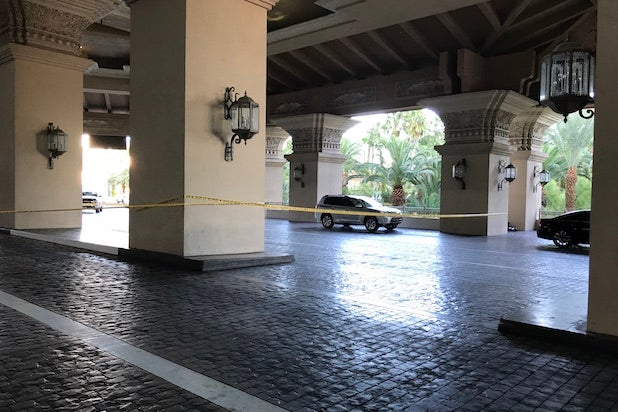 Mendez, a Vegas regular, said he was walking down the Strip with his parents and girlfriend when the gunshots began on Sunday. He was forced to spend the night at a nearby hotel while his hotel was in lockdown.

Those who were at the hotel at the time of the shooting were prohibited from leaving their rooms.

“It felt like forever,” a guest from Chicago named Linda told TheWrap (she declined to give her last name). “I looked outside and saw there were no fireworks. Then I saw all the people running below and I just knew.”

She could see the shooter from the 17th floor. “I’d never seen anything like it,” she said.

Asked if the experience has soured her image of Vegas, a city she’s visited at least 10 times, Linda said yes.

“If I could leave now I would,” she said.