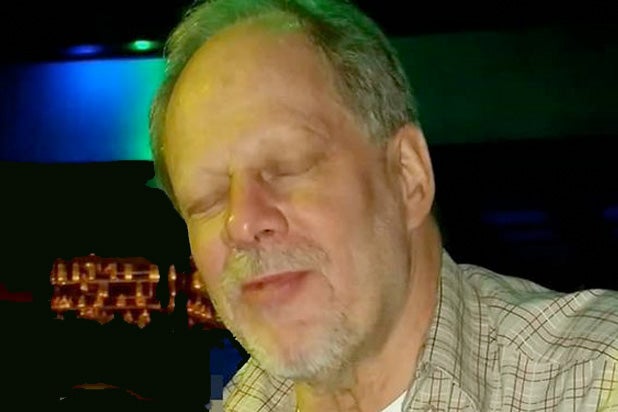 At least 59 people were killed and another 489 were injured in a massacre at a country music festival in Las Vegas on Sunday, but still little is known about the attack’s perpetrator, Stephen Paddock.

The 64-year-old’s friends and family said they never suspected Paddock of planning a shooting, and Las Vegas police said he was not on their radar prior to him committing the deadliest mass shooting in modern U.S. history.

Paddock died from a self-inflicted gunshot wound in the Mandalay Bay hotel room from where police say he opened fire on the crowd of concertgoers. He left behind no suicide note, leaving investigators to piece together a motive for his actions.

But here’s everything we do know about Stephen Paddock:

He was a high-stakes gambler

Paddock’s brother described him to reporters on Tuesday as a “rich guy” who spent a great deal of money on gambling, specifically video poker. Paddock would spend his winnings on his few friends and his family, including their 89-year-old mother, Eric Paddock said. “If you were Steve’s friend, he would spend money on you.”

According to CNN, when Paddock bought a house in Mesquite, Nevada, in late 2014, he simply listed “gambling” as his source of income and paid in cash, telling one of the real estate agents that he gambled more than $1 million a year.

He held many different jobs

Little is known about Paddock’s professional life other than the fact that he worked a number of different kinds of jobs.

Paddock shared a Texas real estate business with his brother for decades, according to the New York Times, but his last known full-time job was 30 years ago. He was employed for three years by a predecessor to defense contractor Lockheed Martin in the late 1980s.

CNN reported that records showed Paddock owned nine properties throughout Nevada, Florida and California. He also worked as a letter carrier for the US Postal Service in the ’70s, as an IRS agent from 1978 to 1984, and at the Defense Contract Audit Agency in 1984 and 1985.

He lived in a retirement community with his girlfriend

Paddock lived with Marilou Danley, a former hostess at the Atlantis Casino in Reno, Nevada. Danley was in the Philippines at the time of the massacre, a trip paid for by Paddock, who also sent $100,000 for her family to buy a home. She said she had no knowledge of his plans.

“I knew Stephen Paddock as a kind, caring, quiet man,” Danley said in a statement read by her lawyer. “He never said anything to me or took any action that I was aware of that I understood in any way to be a warning that something horrible like this was going to happen.”

Danley returned to the U.S. on Wednesday and was questioned by the FBI.

His father was a bank robber wanted by the FBI

Paddock’s father was Patrick Benjamin Paddock, who was arrested in 1961 for robbing a Valley National Bank in Phoenix in 1960.

Also known by the names “Chromedome,” “Old Baldy,” and “Big Daddy,” Paddock landed on the FBI’s Most Wanted list after escaping a 20-year prison sentence at Federal Correctional Institution at La Tuna, Texas. He was arrested in 1978 in Oregon, where he was running a bingo parlor under the name Bruce Werner Ericksen.

No motive was immediately clear for the Vegas massacre, the deadliest mass shooting in modern U.S. history, a fact that seemed to confound those close to Paddock.

Eric Paddock told reporters on Monday that his brother had no religious or political affiliations. “My heart is destroyed, for all these people, but I can’t tell you why Steve did what he did,” he said.

“It never occurred to me in any way whatsoever that he was planning violence against anyone,” Danley said in her statement on Wednesday.

Paddock’s relatives and neighbors said they didn’t know him to be much of a gun owner, but police found dozens of weapons in the Mandalay Bay hotel room from where the shooting took place, and several more at his Nevada home.

A law enforcement official told USA Today that Paddock went on a buying spree, purchasing 33 firearms in the last year alone. Paddock had “bump stocks” and similar devices attached to 12 semi-automatic rifles, allowing them to mimic the gunfire rate of automatic weapons.

Police also found more than 50 pounds of explosives and 1,600 rounds of ammunition in his car in the hotel parking lot.

He may have targeted other festivals as well

Paddock also booked a Las Vegas hotel room overlooking another music festival the weekend before the massacre. He booked an Airbnb near the Life Is Beautiful music festival from Sept. 22 to 25.

Officials told ABC News that Paddock had reservations at several Chicago hotels in August, including at the Blackstone hotel, which overlooks Grant Park where Lollapalooza was taking place.

“What we know is Stephen Paddock is a man who spent decades acquiring weapons and ammo, and living a secret life, much of which will never be fully understood,” Las Vegas police Sheriff Joseph Lombardo said on Wednesday.