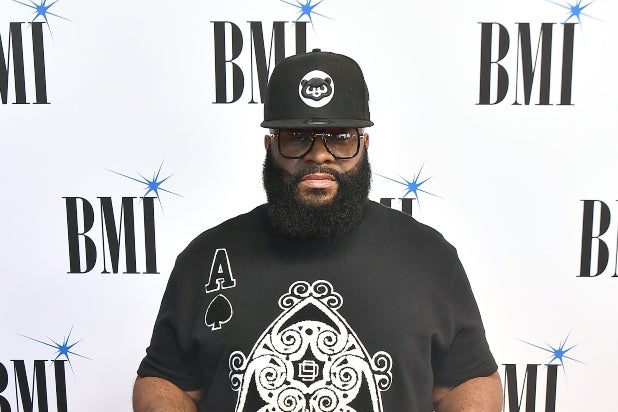 LaShawn Daniels, the songwriter behind Destiny Child’s 1999 hit “Say My Name,” died in a car crash Wednesday at the age of 41.

“It is with deep and profound sadness that we announce the passing of our beloved husband, father, family member, and friend LaShawn Daniels, who was the victim of a fatal car accident in South Carolina,” his wife April Daniels said in a statement on Instagram Wednesday. “A Grammy-award winning producer and songwriter, Daniels was a man of extraordinary faith and a pillar in our family. We would like to express our sincere appreciation for the continuous outpouring of love and sympathy. We ask that you respect the privacy of our entire family during this difficult time.”

The Grammy-award winner was behind hit songs including Michael Jackson’s “Rock My World” and Brandy and Monica’s “The Boy is Mine,” and other songs for artists like Beyonce, Janet Jackson, Jennifer Lopez, Lady Gaga, The Spice Girls, Toni Braxton, Natasha Bedingfield and Whitney Houston.

“Today we remember Grammy Award winner LaShawn ‘Big Shiz’ Daniels. An eight-time nominee, he was a multitalented music creator who was known for a number of major hits, including Brandy and Monica’s duet ‘The Boy Is Mine,’ Lady Gaga’s ‘Telephone,’ and Destiny’s Child’s ‘Say My Name,'” said President and CEO of the Recording Academy Deborah Dugan. “LaShawn will be deeply missed by many, but will be remembered as a music maker who left a lasting legacy to our creative community.”

“The entire music community is feeling the loss of one of the greatest to ever do it….. LaShawnDaniels…we just stood together a week ago,” Franklin wrote.

“LaShawn Daniels is a legend. Thank you for creating some of the most powerful songs ever. Rest in Heaven KING,” tweeted “Shea Butter Baby” singer Ari Lennox.

Say goodbye to “The Good Place” and more fan-favorites

All good things must come to an end, including your favorite TV shows. During the 2019-2020 season, viewers will be saying goodbye to a number of dramas and comedies on CBS, ABC, NBC, Fox and The CW. Click through TheWrap's gallery to find out which series are airing their final finales during this broadcast TV cycle.

Also Read: ‘Westworld,’ ‘Better Call Saul’ and 7 Other Favorite TV Shows That Are Not Returning Until Next Year (Photos)