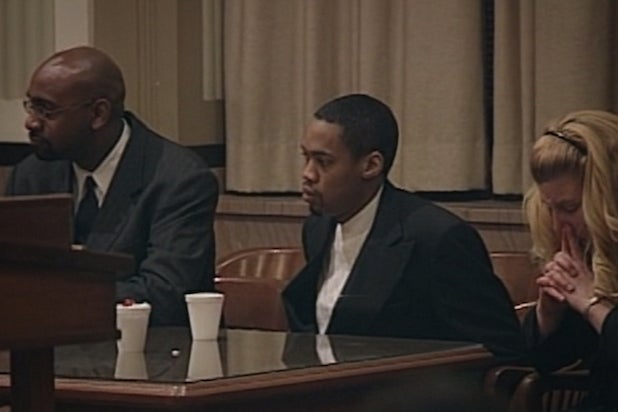 ABC’s “The Last Defense” is living up to its name for subject Julius Jones.

Thanks to some new evidence of racial bias uncovered by the ABC documentary, death row-inmate Jones could get a new hearing from the Oklahoma Court of Criminal Appeals (OCCA), which has now withdrawn a June order denying a defense attorney’s requests to look at evidence of racial bias by a jury, per The City Sentinel. The judges also concluded they could not ignore court mismanagement of exhibits earlier this year.

“The Last Defense” found that one of the jurors who convicted Jones, who is black, in the 1999 murder of Paul Howell used the N-word during deliberations about the then-defendant.

.@thecitysentinel reports that the #Oklahoma Court of Criminal Appeals has withdrawn its order refusing to review evidence of racial bias in the #OklahomaCounty jury that sentenced #JuliusJones to death. @justice4julius @lastdefenseabc #deathpenalty

Jones’ lawyer Dale Baich said to TheWrap in a statement, “The word used by the juror is offensive, and this undermines Julius’ conviction. Racism has no place in the criminal justice system. We expect the court to take this claim seriously and hope to have the opportunity to litigate this issue at a hearing.”

Yes, this isn’t the end of the @justice4julius story. There is more to do. #deathpenalty https://t.co/ubadLbMYFc

ABC did not have a statement for us at press time.

Jones, who was a 19-year-old star athlete and went to the University of Oklahoma on an academic scholarship at the time of the crime, was convicted and given the death sentence for the 1999 murder of Oklahoma businessman Paul Howell in 2002. Jones’ conviction came nearly two-and-a-half years after the murder, when he was 21 years old.

Howell was robbed of his 1997 GMC Suburban and shot in the head in front of his parents house in Oklahoma after returning from a shopping trip with his two young daughters.

Jones has appealed the case multiple times, but has been on death row for 16 years.