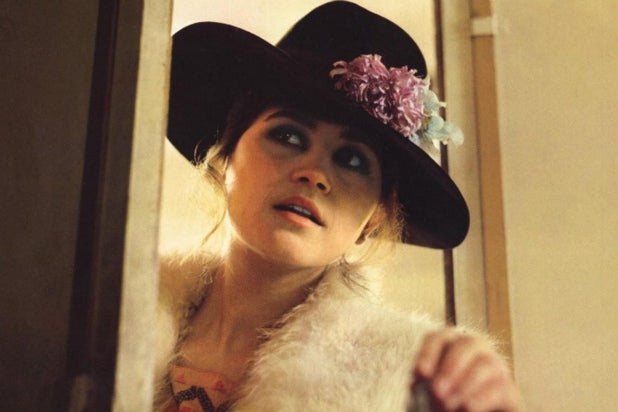 Bernardo Bertolucci’s comments about a 1972 rape scene in his film “Last Tango in Paris” brought outrage over the weekend about his mistreatment of actress Maria Schneider — but also assurances from the Screen Actors Guild that actors are better protected today.

In the infamous scene, Marlon Brando’s character uses butter as a lubricant to rape Schneider’s. Bertolucci and Brando were widely condemned over the weekend after a YouTube user posted a 2013 interview in which the director admitted he and Brando did not tell in her in advance that butter would be part of the sequence.

She said in 2007 that she “felt a little raped” by the scene, and that “even though what Marlon was doing wasn’t real, I was crying real tears.”

SAG-AFTRA, which represents about 160,000 performers, says better safeguards are in place now. It told TheWrap on Monday that any nude scenes, depictions of rape and depictions of consensual sex are “heavily negotiated” before cameras start rolling.

In fact, according to the nudity provisions in the actors union’s basic collective bargaining agreement (which appear below), performers are to be notified of “any nudity or sex acts prior to the first interview or audition.”

The union said it receives a call “once every two or three months” about questionable scenes — usually from an actor’s agent, and almost always before the scene has been filmed.

SAG-AFTRA also made it clear: It takes these incidents very seriously and will send a business representative to the set if a member raises a concern. Moreover, the union believes there may be more incidents, but that they aren’t reported and encourages member actors to raise concerns within the organization.

Schneider told the Daily Mail in 2007 that as an inexperienced, 19-year-old actress, she didn’t know her rights. She was barely known at the time, and was paid $4,000 for playing the role.

“I should have called my agent or had my lawyer come to the set because you can’t force someone to do something that isn’t in the script, but at the time, I didn’t know that,” she said. “Marlon said to me, ‘Maria, don’t worry, it’s just a movie.’ But during the scene, even though what Marlon was doing wasn’t real, I was crying real tears. I felt humiliated and, to be honest, I felt a little raped, both by Marlon and Bertolucci. After the scene, Marlon didn’t console me or apologize. Thankfully, there was just one take.”

If “Last Tango in Paris” were filmed today, the situation “probably wouldn’t have happened to begin with,” SAG-AFTRA told TheWrap.

“But that would depend upon the actress — if she is comfortable enough to say something,” a representative said. “Performers who get taken advantage of are usually too concerned about losing the part and will consent to the whole thing. We try to educate them as much as we can.”

But cases of actors feeling wronged continue. In 2013, “Blue Is the Warmest Color” lead actress Léa Seydoux reported feeling coerced by director Abdellatif Kechiche into spending 10 days shooting an intense 10-minute lesbian sex scene for the film, which won the Cannes Film Festival Palme d’Or. Kechife said in an interview that he “never showed anyone a lack of respect.”

While SAG-AFTRA is a global organization, “Blue Is the Warmest Color” was not filmed in conjunction with the actors union, so SAG-AFTRA’s guidelines did not apply.

43. NUDITY
A. The Producer’s representative will notify the performer (or
his representative) of any nudity or sex acts expected in the role (if
known by management at the time) prior to the first interview or
audition. The performer shall also have prior notification of any
interview or audition requiring nudity and shall have the absolute right
to have a person of the performer’s choice present at that audition. Total
nudity shall not be required at such auditions or interviews; the
performer shall be permitted to wear “pasties” and a G-string or its
equivalent.
B. During any production involving nudity or sex scenes, the set
shall be closed to all persons having no business purpose in connection
with the production.
C. No still photography of nudity or sex acts will be authorized
by the Producer to be made without the prior written consent of the
performer.
D. The appearance of a performer in a nude or sex scene or the
doubling of a performer in such a scene shall be conditioned upon his or
her prior written consent. Such consent may be obtained by letter or
other writing prior to a commitment or written contract being made or
executed. Such consent must include a general description as to the
extent of the nudity and the type of physical contact required in the
scene. If a performer has agreed to appear in such scenes and then
withdraws his or her consent, Producer shall have the right to double, but
consent may not be withdrawn as to film already photographed.
Producer shall also have the right to double children of tender years
(infants) in nude scenes (not in sex scenes).