Emmy-winning television comedy writer Allan Manings, who co-created "One Day at a Time," died May 12 of a heart attack in Beverly Hills. The former VP of the Writers Guild of America, West, and member of its board of directors was 86.

According to his stepdaughter, actress Meredith Baxter, Manings died after going into cardiac arrest at his oncologist’s office; he had recently undergone surgery for esophageal cancer. 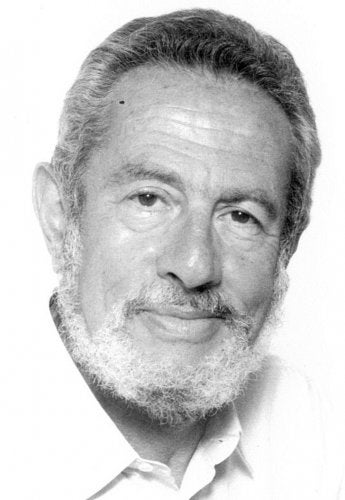 Born March 28, 1924, in Newark, N.J., Manings grew up on Staten Island. He served in the Pacific with the Army during World War II, and after the war was among the first male students to attend Sarah Lawrence College.

Manings wrote episodes of many classic TV shows, with writing and/or co-writing credits on "Leave It to Beaver," "Petticoat Junction," "McHale’s Navy" and "The Lucy Show."

Manings became head writer on "Rowan & Martin’s Laugh-In" and earned four Emmy nominations. He shared the 1968 Emmy for outstanding writing achievement in a musical or variety program for the show.

In the early ’70s, Manings was co-writer of shows including "The Lily Tomlin Show" and "It’s a Wacky World."

He joined Norman Lear’s production team as a writer and executive producer on sitcom "Good Times."

With his wife, actress Whitney Blake, Manings co-created CBS’ "One Day at a Time" for Lear’s production company. The hit sitcom, starring Bonnie Franklin, MacKenzie Phillips and Valerie Bertinelli, was drawn from his wife’s experiences and family memories.

Manings continued to write, with his most recent play, "Goodbye Louie … Hello," a dramedy exploring the impact of Hollywood’s blacklist, due to be produced this fall by Theatre West in Los Angeles. Manings himself was forced to move to Canada in order to work during the McCarthy-era blacklist.

In addition to Baxter, he is survived by two stepsons, Richard and Brian Baxter; his sister, Muriel Manings; nine grandchildren; and three great-grandchildren.

The family requests, in lieu of flowers, donations be made in Manings’ name to the Writers Guild Foundation for the Blacklist Archives Project via www.wgfoundation.org.