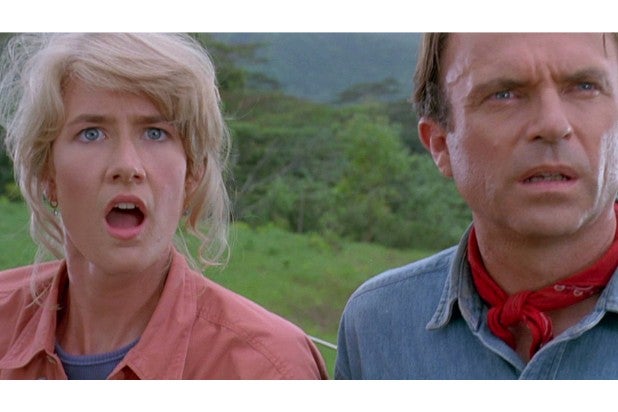 Dern made the announcement during a Q&A after a Los Angeles screening of “Jurassic World” with Colin Trevorrow, director of that 2015 sequel who is returning to direct the still untitled “Jurassic World 3.” (J. A. Bayona directed the second “world” film, 2018’s “Jurassic World: Fallen Kingdom.”)

“Jurassic World 3” will mark the first time all three actors will reprise their characters in the same film since the original.

Trevorrow is also executive producing alongside Steven Spielberg, with Frank Marshall and Pat Crowley producing. Emily Carmichael (“Pacific Rim Uprising”) is writing the script with Trevorrow, based on a story by Trevorrow and Derek Connolly who co-wrote “Jurassic World” and “Jurassic World: Fallen Kingdom.”