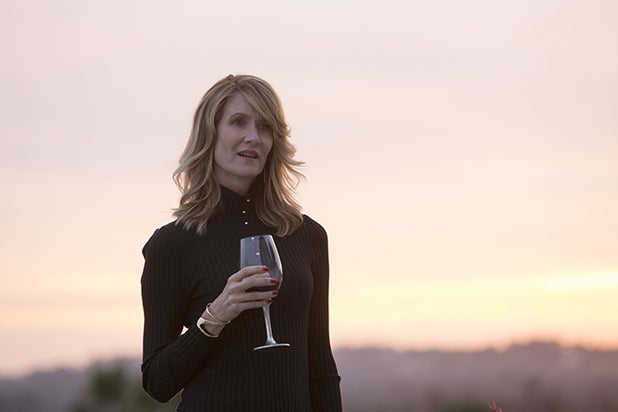 The queens are back!

Laura Dern shared the official first-look photo of the second season of “Big Little Lies” on Monday, taking to Instagram to post a photo of her character, Renata, sitting with Reese Witherspoon’s Madeline.

The two women are sitting at an outdoor table at the Seaside Coffee Shop. Dern captioned the image with, “Madeline and Renata are back.”

Will the two actually remain cordial after setting aside their differences at the end of last season to help Celeste (played by Nicole Kidman)? Or will something trigger their relationship to fall apart again? From the looks of Dern’s photo, all is well in Monterey, California.

Nicole Kidman, Witherspoon, Shailene Woodley, Dern, Zoë Kravitz and Adam Scott all have been announced to return for the second season of the hit HBO series. They will also be joined by series newcomer Meryl Streep.

The second outing, like the first, be written and executive produced by David E. Kelley and will be based, in part, on a story by Liane Moriarty. Andrea Arnold has signed on to direct all seven installments, stepping in for Season 1 director Jean-Marc Vallée.

The first season was a breakout hit for HBO, bringing the premium cable network 16 Emmy nominations and eight wins, effectively sweeping the Limited Series categories in September. The drama also proved to be a big winner at the Golden Globes, taking home four wins, including a supporting actress award for Dern.

Madeline and Renata are back. #BLL2

Fans may never get closure from these subplots (spoilers!)

HBO's limited series "Big Little Lies" ended with the climactic murder resolved in Sunday night's finale, but that didn't mean it all tied up in a neat bow. Click through to explore the storylines that didn't get resolved: