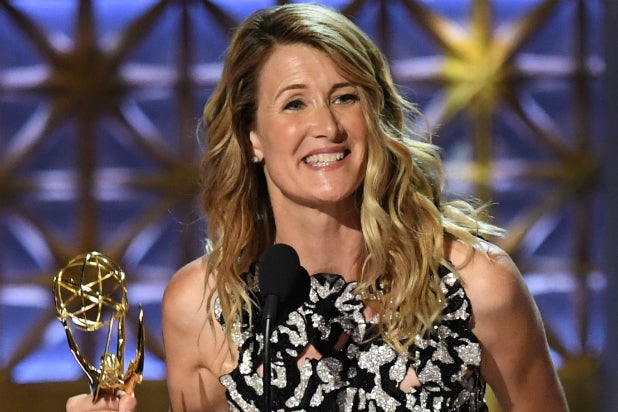 “Big Little Lies” star Laura Dern is set to star in “Just One Drink,” a fictional series where Dern plays a bartender who, in a series of vignettes, interacts with customers who are all in various states of emotional distress.

Few other details on the show were shared by Quibi. The show is written by Nick Hornby, who earned an Academy Award nomination a few years ago for his adaptation of Colm Tóibín’s novel Brooklyn. Dern, who is coming off performances in Oscar-nominated films like “Marriage Story” and “Little Women,” will serve as executive producer, as well as Jayme Lemons for Jaywalker Pictures. Hornby and Elisa Ellis for Platform One Media, the studio behind the show, will also EP.

The duo’s appearance came after Quibi spent much of 2019 greenlighting dozens of shows from a number of big stars, including Justin Timberlake, Jennifer Lopez, Bill Murray, Kris and Kendall Jenner, and Stephen Curry, among others. In the last few weeks, Quibi has tapped  “Rick & Morty” co-creator Justin Roiland to lead a new claymation series, Reese Witherspoon to narrate a docuseries on “fierce” female animals and Bill Burr for his own comedy series.

Quibi is looking to separate itself from a growing list of streaming services by making episodes that are a maximum of 10 minutes long (Quibi is short for “quick bites.”). In an interview with TheWrap last week, Katzenberg said Quibi isn’t worried about competition from services like Disney+ when it comes to winning over subscribers.