On Thursday’s night’s episode of her Fox News show, Laura Ingraham asked a question so ridiculously wrong we half wonder if she’s doing a bit. Basically, Ingraham asserted that one of the defining things of Donald Trump’s last year in office didn’t actually happen.

Here’s how it went down. During her show, “The Ingraham Angle,” Ingraham ran a clip from a White House press conference in which outgoing White House Press Secretary Jen Psaki was speaking about the Biden administration’s response to the current baby formula shortage.

Now while the shortage is being hyped up as somehow caused by Biden policies, what actually happened is that one of the few companies that makes baby formula had unsafe conditions at one of its factories which caused formula to be infected with a deadly bacteria, prompting a FDA recall. This exacerbated an already precarious problem with the global supply chain caused by the COVID-19 pandemic; that of course has been an issue since the pandemic began.

There have also been reports of hoarding, which make the shortage even worse, and that brings us to that clip of Psaki and Ingraham’s comments. 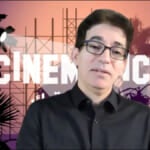 At the press conference earlier today, Psaki said this: “We are also — have been also calling on retailers to impose purchasing limits to prevent the possibility of hoarding, because we know that that is an issue.”

Immediately after playing this clip, Ingraham asked this: “Why didn’t we have hoarding during the Trump administration?”

No really, watch the clip:

The thing about that question is, as we’re certain everyone reading this post remembers, the early months of the COVID-19 pandemic in 2020 were defined by widespread hoarding and shortages of multiple household good.

This was of course widely reported at the time, and for months. Donald Trump even signed an executive order in March, 2020, early in the pandemic to avoid the same thing happening with medical supplies; he also urged people not to hoard household items, though he didn’t actually take any steps to prevent it.

Perhaps Ingraham forgot that Trump was president in 2020? Perhaps on a future episode she’ll explain why the widespread, widely reported hoarding that took place in 2020 wasn’t actually hoarding? We’ll keep you posted.