Laura Ingraham is not afraid to say it: Sean Hannity and Donald Trump do not have perfect judgment.

That might not put Ingraham in rare company, but it is unusual for Fox News hosts to turn on their own — and that’s exactly what “The Ingraham Angle” host did Tuesday night, calling out Hannity and Trump for their endorsement of Dr. Mehmet Oz as the Republican candidate for Senate in Pennsylvania.

The retired celebrity surgeon and TV host is vying to replace the retiring Pat Toomey, also a Republican, in the November election and picked up the key Trump endorsement — which Hannity publicly backed — in a tight primary race. 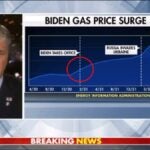 Ingraham said on Tuesday night’s “Angle” that she can’t get behind Oz because of his past, not-conservative-approved on-air statements about several issues, gun rights and abortion in particular. In one example, Ingraham ran a short clip of Oz the TV personality questioning whether a fetus has an actual heartbeat at six weeks; she and guest Kellyanne Conway noted that Oz, who now says he’s pro-life, has never walked back those statements.

“A Trump endorsement, and waving the Trump flag, doesn’t make you Donald Trump,” said Conway, a former Trump adviser. “[Trump[ did something I don’t see Oz doing (on abortion). … He’s had a conversion.”

Ingraham and Conway agreed that Oz has made rookie mistakes “that really raised Republicans’ eyebrows,” like going to Hollywood to accept his Walk of Fame star — and kissing the ground — while a Republican fundraiser was going on back home.

Ingraham, who often chats with Hannity on-air as his Fox News show transitions into hers, clearly doesn’t fear whatever future awkwardness her disagreement might create.

See video of the entire exchange at Mediaite.