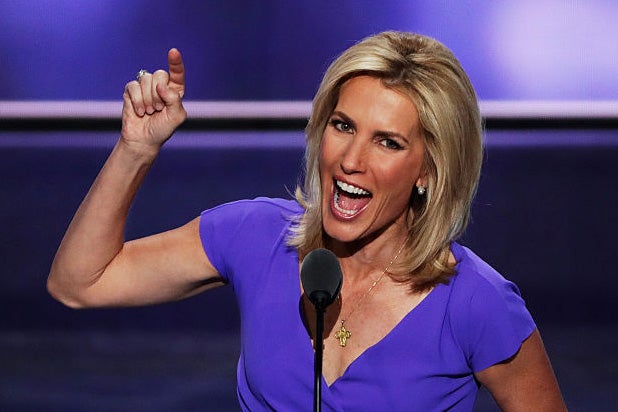 Fox News host Laura Ingraham laced into CNN correspondent Jim Acosta on Thursday, mocking her network rival over his complaints about President Trump’s handling of the press during his summit with North Korean dictator Kim Jong-un in Vietnam.

“Jim Acosta of CNN. He’s a nice person. He was complaining this morning on television — I know that’s not news — he was complaining that President Trump didn’t call on U.S. media at the summit presser and that he only called on the Russian and the Chinese journalists,” Ingraham said during her speech to the Conservative Political Action Conference on Thursday. “Kind of interesting and kind of sad because he’d probably get a better shake from the Chinese and Russian journalists.”

Ingraham added that she was later informed by an unnamed producer that in fact Trump called on a broad sampling of reporters, including representatives from ABC, the Washington Post, the New York Times, Bloomberg and NPR. Indeed, a press spray with both leaders included a question from the Post’s David Nakamura to Kim Jong-un himself.

Reps for Acosta at CNN did not immediately respond to request for comment from TheWrap.

The mention of Acosta’s name drew loud boos from the CPAC audience at Washington’s Gaylord National Resort & Convention Center. The CNN reporter has become a regular punching bag for Trump and his supporters.

Ingraham also loaded her speech up with typical red meat for her right-leaning fan base, inveighing against socialism and U.S. Rep. Alexandria Ocasio-Cortez (D-N.Y.), whom she called by her initials.

“I take AOC seriously because she is the thought leader of the Democrat party right now,” Ingraham said. “She is setting the Democrat foreign policy table. I take that seriously and so should you.”

On the same day, Ingraham also got a boost from My Pillow inventor and CEO Mike Lindell — who has stood by Ingraham and Fox News in the wake of an advertiser boycott which has led to dozens of sponsors dropping her program. (A similar boycott has also engulfed her primetime colleague Tucker Carlson)

“I don’t boycott any station. I stand firm in what I believe in,” Lindell told TheWrap shortly after his CPAC address. “I think [boycotts are] the worst thing ever,” he added. “What it does is advertisers just go to other things, prices go up and the consumer ends up paying for it. It’s absolutely horrific when they do boycotts. I don’t boycott other stations.”

Fox News has vowed to stand behind both hosts and have said the boycotts against them are politically motivated.