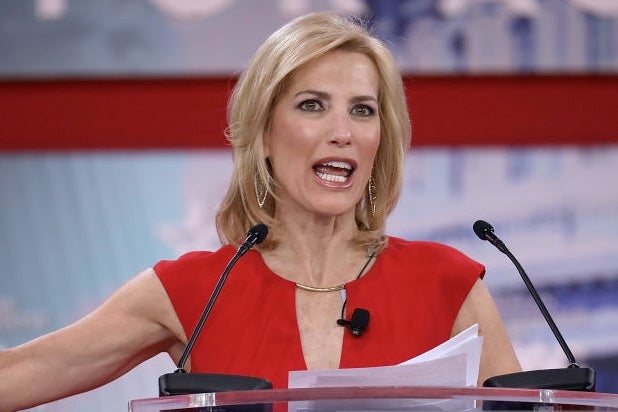 Laura Ingraham’s mass exodus of advertisers is picking up steam, as IBM quietly pulled its advertising from “The Ingraham Angle.”

“IBM no longer advertises on the show you referenced,” a spokesman for the company told TheWrap.

The tech company becomes the 23rd sponsor to boycott the show in recent days.

IBM ads were featured three times on Ingraham’s Fox News show between March 19 and March 28, according to a report by the liberal media watchdog group Media Matters.

Ingraham’s list of advertisers has dwindled significantly since the uproar began. After the “whining” tweet, “The Ingraham Angle” has had its ad time cut roughly in half, according to CNN. Tuesday night’s show featured advertisers including Visiting Angels, Experian, Sandals Resorts, Spectrum, Ovation Hair, Blue-Emu, MyPillow, Red Lobster, Gilead, WaxRX, WeatherTech, Contrave and a couple of local advertisers.

On Tuesday, meal kit delivery service Blue Apron said it was dropping Ingraham. The announcement came just hours after SlimFast said it was pulling its ads from the show. The diet shake company said it dropped Ingraham after one of its commercials aired on her show.

The Fox News host returned from vacation Monday night, saying that she was “glad that I don’t have a Google alert on my own name” during a week in which several of her advertisers said they would be pulling their ads from her show after she mocked a Parkland school shooting survivor.

Ingraham is facing a boycott campaign started by Hogg on March 28, after she accused Hogg of “whining” over his rejection by several California colleges.

Ingraham didn’t mention the Hogg dispute on her subsequent shows, but on March 30, she announced she was taking a week off for what she called an Easter vacation with her family.