For the second night in a row, Laura Ingraham was obsessed with her own personal theory behind the epidemic of mass shootings in America: That somehow, cannabis use is to blame.

During Wednesday night’s episode of “The Ingraham Angle,” she had this to say before introducing a guest to talk about it:

“Considering the horrific carnage here from other tragedies we already know about where high potency cannabis may have played a role, it’s important that Americans have more answers. We deserve to know the truth about this multi-billion-dollar and growing industry, how it’s affecting our young people, our working age population, and even our military readiness.”

For the record, multiple studies have shown that Ingraham’s suppositions about cannabis users are baseless: Paranoia, or “pot psychosis” notwithstanding, cannabis use has been demonstrated to make people less, not more violent. And so far none of the mass shootings America has been forced to endure because of the policies favored by Ingraham have been found to be associated with cannabis. 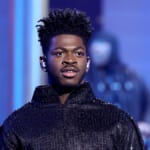 But it’s in keeping with comments Ingraham made on Tuesday’s episode of her show, when she argued that politicians should be working to stop legalizing marijuana, instead of doing something about all the guns falling into the hands of violent people.

Which of course is why on Tuesday, she was mocked across social media with the trending topic “Reefer Madness.” Read more about that here. And watch the clip of her unsubstantiated remarks from tonight below: