Laura Ingraham and Raymond Arroyo gave viewers a laugh on Monday night’s “Ingraham Angle,” as the two had their own “Who’s on First?” moment. The only question is, was it actually real?

During the Fox News segment, Arroyo began talking about “all those woke storylines in so many shows today” — specifically a measles storyline in Netflix’s hit series “You.” As he tried to explain it, Ingraham got visibly confused, thinking Arroyo was literally referring to her.

“Wait wait wait, when did I mention measles?” she shot back. Arroyo attempted to clarify that “it was on ‘You,'” but that only seemed to further confuse Ingraham, as she asked, “What was on me?” The two went back and forth for almost two minutes, with Arroyo trying to make it clear that “You” is the name of a Netflix show starring Penn Badgley. 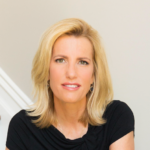 Also Read:
Laura Ingraham Opens Up About International Adoption: ‘This Should Never Be About Politics’ (Exclusive)

As Arroyo kept trying to make Ingraham understand, she kept insisting that she never had measles, nor had she ever talked about the affliction on her show. Finally, he said it as clear as he could: “There’s a show called ‘You’ on Netflix.”

“There’s a show called ‘Laura Ingraham’ on Netflix?” she responded, prompting Arroyo to give up entirely.

In the hours following the segment, viewers poked fun at the moment on Twitter, naturally pointing out the parallels to Abbott and Costello’s classic “Who’s on First?” bit, in which the names of the characters are all intentionally confusing.

Of course, many questioned if it was a genuine exchange or a planned bit between the hosts. According to Arroyo, the moment was “totally intentional.” 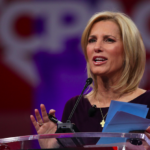 Even so, many still thought that Ingraham truly didn’t understand what Arroyo was trying to tell her. Ingraham herself has not acknowledged the moment on Twitter as of this writing.