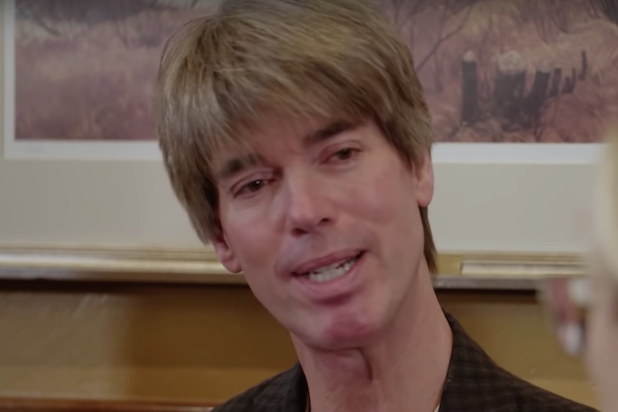 Laura Ingraham has many critics online, including it seems, her own brother.

On Tuesday, Curtis Ingraham let loose on his sister after her most recent Fox News broadcast, calling her the “queen of snipe” and saying he could hear their father’s rage when she spoke.

“I state it again, like father like daughter?! How humiliating to hear these echos [sic] of our father’s anger and racism broadcast about. Shame on my sister!” he said in a tweet responding to a clip of her defending confederate statues. “As her brother, I am disgusted that she continues to support this presidential disgrace. They are two bullies at the pulpit … and what a profitable pulpit it has been for each. Shameful!” he said elsewhere.

During an interview with Vice last month, Curtis Ingraham said he and Laura had been raised in an “abusive” household with an alcoholic father who had also been a Nazi sympathizer.

Many of Curtis Ingraham’s responses came as Twitter replies to her sister’s professional rivals including Media Matters for America staffers and MSNBC hosts.

It’s far from the first time Curtis has aired his grievances publicly. After Laura Ingraham’s criticism of Parkland shooting survivor David Hogg sparked an advertiser boycott, her brother announced that he was standing with the teenager and personally tagged several advertisers on Twitter, urging them to drop his sister.

“Once again, I am in full support of David Hogg. My sister’s recent comments likening child detention centers to summer camps is beyond disturbing. Where is her humanity? Sad and tragic,” he said in a June tweet. “My sister’s repeated mean spirited, flip and insensitive remarks makes me, her brother, question her very humanity. Your continued sponsorship is disturbing to say the least.”

Curtis Ingraham, a California math teacher, has long been estranged from his sister, who he repeatedly called a “monster” during an interview with the Daily Beast in September.

A rep for Ingraham directed TheWrap to a past statement the Fox News host provided to the Daily Beast.

“My siblings and I are shocked and saddened to learn of these false and hurtful online postings,” said Ingraham. “Although we’ve been estranged from him for many years, we love our brother and miss him very much.”