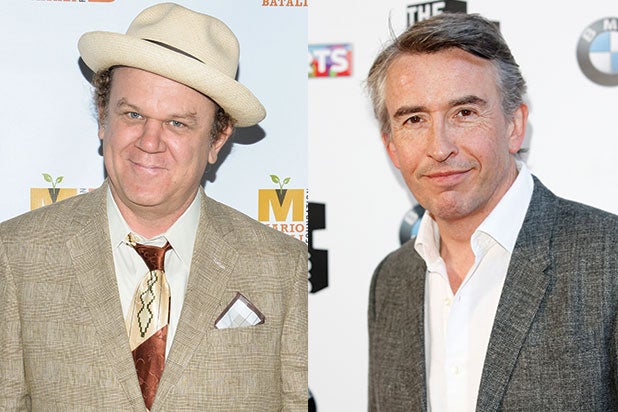 The film, described as “an epic story about the world’s most famous comedy double-act to date, told with great insight and heart,” will follow the duo during a troubled 1953 tour.

Fable Pictures and Sonesta Films are producing. Jeff Pope wrote the screenplay and also reunited with his “Philomena” co-writer Coogan, who also starred in that movie. Jon S. Baird is set to direct.

“Stan & Ollie” will be produced by Faye Ward for Fable Pictures, who most recently produced “Suffragette” starring Meryl Streep. The film will be executive produced by Christine Langan, head of BBC Films, Nichola Martin for BBC Films, Pope for Sonesta Films and Gabrielle Tana.

Coogan most recently starred in the TV series “Happyish” and has three film projects in development for 2016: “The Dinner,” “The Secret Life of Pets” and “Shepherds and Butchers.”

Reilly’s credits include “Guardians of the Galaxy,” “Wreck-It Ralph” and “Anchorman 2,” and he is currently filming “Kong: Skull Island” and “Sing.”

Reilly is repped by WME and Framework Entertainment, and Coogan is represented by CAA and Independent Talent Group.