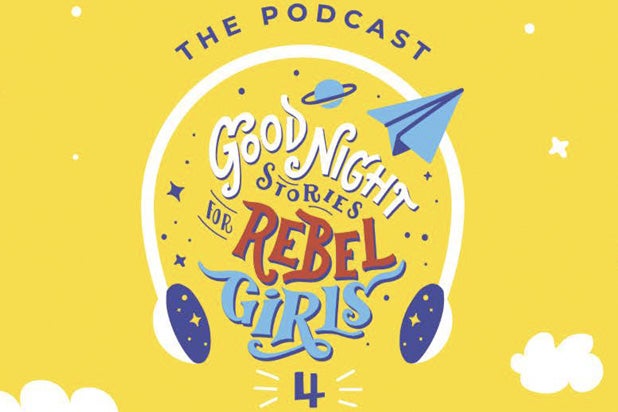 Laurene Powell Jobs and Freida Pinto are two of the celebrity narrators for Season 4 of the award-winning podcast, “Good Night Stories for Rebel Girls,” which launched on Tuesday.

The new season is based on the book “Good Night Stories for Rebel Girls: 100 Immigrant Women Who Changed the World,” which will be released on October 13.

According to Rebel Girls, each episode “delves further into the lives of women from the book, encouraging young listeners to ask questions and explore their interests.” The episodes are narrated by real-life women “who are pioneers in their own right” and each episode has a secondary interview with “actionable items for young listeners.”

Powell Jobs narrated the story of Tereza Lee, who is credited as being the inspiration behind the DREAM Act. Powell Jobs told TheWrap, “To paraphrase Tereza Lee, telling real people’s stories can inspire others to take action and help root out injustice. And I hope listeners will be inspired by Tereza’s own story — and the courage she has demonstrated throughout her life — to follow her remarkable example and help make this country more equal and more just.”

The “Good Night Stories for Rebel Girls” podcast won the 2020 People Choice Webby Award for Best Kids & Family Podcast, the Gold for Podcast in Education at the New York Festivals Awards, and was number one in Education for the 2019’s People’s Choice Podcast Awards.