Laverne Cox looks more than ready to take over the mantle of Dr. Frank-N-Furter in the first look at Fox’s live version of “Rocky Horror Picture Show.”

Cox plays the sweet transvestite from Transexual Transylvania in the updated version, and appears in the image alongside Ben Vereen as Dr. Scott.

“I get tweets from people, ‘Please don’t f–k up Rocky Horror Picture Show!’ ” Cox told Entertainment Weekly. “I showed my brother pictures of me in character and he was like, ‘You were preparing your whole life for this.'”

Tim Curry, the original Dr. Frank-N-Furter, will return to the campy horror musical as the Criminologist Narrator.

Curry originated the breakout role in the 1973 London stage production of “The Rocky Horror Show,” returning to play the character in the 1975 Lou Adler-executive-produced film.

The TV version is produced by Fox 21 Television Studios and The Jackal Group. Adler and Gail Berman, along with Kenny Ortega, will serve as executive producers. Ortega will also direct and choreograph. It will air on Fox this fall.

“The Rocky Horror Picture Show” has been in theatrical distribution since it was released in 1975, longer than any other film in history. 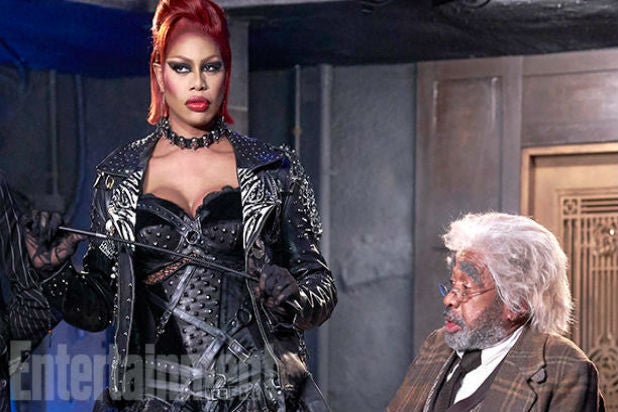