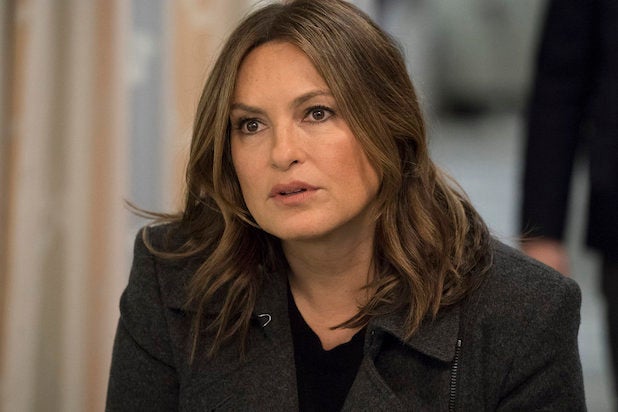 “We tip our cap to Dick Wolf, Mariska Hargitay and the amazing cast and crew of ‘SVU,’ who now all go into the record book,” NBC Entertainment co-chairmen, Paul Telegdy and George Cheeks, said. “This incredible run is an example of what happens when producers, writers and actors all come together and create a show that, year after year, speaks to its audience in a powerful way. We couldn’t be more proud of this remarkable achievement.”

“As ‘SVU’ moves into its third decade, Mariska has become an iconic figure as a star, advocate and crusader for women,” Wolf added. “She is an enduring champion of the movement to end sexual violence, and dozens of episodes have dealt with the very same issues that have shifted into the spotlight in this country in the past two years. Mariska is a delight as #1 on the call sheet and, to me, a true friend.”

Also Read: 'Brooklyn Nine-Nine' Filtered Through 'SVU' Is Even Better Than It Sounds (Video)

“I’m deeply proud to be a part of this groundbreaking show, and humbled to make television history today,” Hargitay — who has received eight Emmy nominations and one win for her “SVU” role — said. “The longevity and continued success of ‘SVU’ is a testament not only to the show’s powerful storytelling and ability to connect with viewers, but to its necessity. We have told important stories for 20 years, and we will continue to tell them.”

Currently in its 20th season, “Law & Order: SVU” is averaging a 1.9 rating in the advertiser-coveted adults 18-49 demographic and 7.6 million viewers overall in “Live + Seven Day” data from Nielsen, which includes a week’s worth of delayed viewing where available.