An MSNBC political analyst who has appeared on "The McLaughlin Group" and "The Al Franken Show." He was also an Emmy Award-winning producer for "The West Wing" and appears as a recurring supporting character on the HBO series, "Big Love."

What was Ron Silver like on the set of "The West Wing?"?
He engaged in a very energetic political debate on the set, between takes. I don’t know where he got the energy for it. Those are long and hard days on that set.

What did you think of him as an actor?
I thought he was great. One of the best actors I’ve ever worked with. 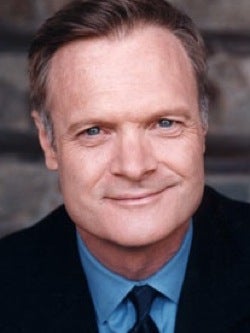 Did turning right-wing affect his ability to work in Hollywood?
I know he said things about that, publicly, but I didn’t know about that. It didn’t keep him from ‘The West Wing.’

Which of his political viewpoints specifically changed after 9/11?
Ron’s political life changed on 9/11. Ron did not change parties. That’s what people do not understand. He did not ever give a speech about how great the Bush tax cut was. He was a Giuliani republican. Giuliani had impressed him in running for mayor. That was the first time Ron supported a Republican. Turned out, most New Yorkers supported Giuliani in big numbers. He certainly had a different view of the Iraq war. I don’t know of any other Republican policy decision he supported other than the Iraq war, and I don’t think there was one.

What do you recall about the show?
His best work on the show was with Alan Alda — where he got to actually play what happened to his in real life, which was when his character, Bruno Gianella, switched political party support. That storyline came from me. It had its own story logic. The truth of it is, I just wanted to get Ron back in the show. He was a 20-year friend of mine, and there wasn’t any other place for me to put him. So I came up with my theory about why he was doing this, which turned out to be different from Ron’s theory.

When did you last see him?
We spent time together at both conventions, Republican and Democrat, this summer. I had dinner with him in New York.

Was he already sick at that point?
Ron was told two years ago he only had a couple of months to live. He faced that with astonishing bravery and was very open about discussing his health. He was very happy to have negotiated a five-year contract for his Sirius radio show. And he kept doing it, as his voice was fading. He hung in there at the microphone at that radio show, which I did several times with him. When I was in New York I’d do his radio show. He kept his humor. As Alan Alda told me the other day: Ron was funny till the end. It was an astonishing thing to watch him deal with this in a way that he made seem perfectly normal. Each time I saw with him in the last two years, I thought it might be the last time I saw him.

That’s a great way to live your life — as if every day were the last.
It wasn’t different from the way he’d lived the previous 60 years. He lived every minute to the fullest that I saw. I never saw him tired, weary, defeated in any sense. He was just an extraordinarily strong person.