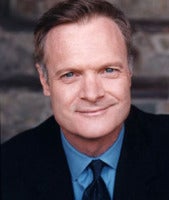 Lawrence O'Donnell will be the host of a new MSNBC show weeknights at 10 p.m., MSNBC President Phil Griffin announced Tuesday.

O'Donnell will be a familiar face to the network's viewers — he's been a political analyst with the network since its launch in 1996. Most recently, O'Donnell has worked as a regular guest host on "Countdown With Keith Olbermann." He has also completed guest hosting stints on "The Rachel Maddow Show," "Hardball With Chris Matthews" and "The Ed Show."

In his announcement about the move, Griffin described O'Donnell as a proven asset who will bolster the MSNBC lineup.

"Lawrence O’Donnell is an incredible talent, who our audience has gotten to know throughout the years," he said. "This makes us a bigger and better network."

O'Donnell will immediately begin working plans for the show.

“I've had a part-time job at MSNBC for 14 years… Now that the network and I have gotten to know each other, I'm thrilled to be going full time," said O'Donnell.