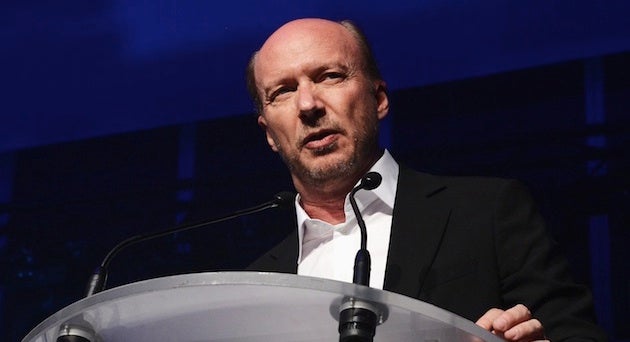 Scientology is one of the world’s most secretive religions. For decades, the controversial faith has used legal threats and intimidation to combat its critics and any reporters hoping to shine a light on its practices and beliefs.

Enter Lawrence Wright. The author of “The Looming Tower,” a Pulitzer Prize-winning investigation of al Qaeda, has produced an unflinching and densely researched look at the Church of Scientology, its self-aggrandizing founder, L. Ron Hubbard, and troubling allegations that some members suffer physical and psychological abuse.

His new book, “Going Clear: Scientology, Hollywood & the Prison of Belief,” evolved from a 2011 New Yorker profile of “Crash” director Paul Haggis. That piece chronicled the Oscar-winner’s split with the church over its refusal to support gay rights. It also revealed an organization in tumult.

Also read: ‘Inside Scientology’ Author: ‘They Have the Goods on Everybody’

Reviews of the book have been favorable, but not everyone is a fan. The Church of Scientology has struck back forcefully at Wright, launching a website it claims is dedicated to correcting mistakes in his reporting, and the book’s U.K. publisher dropped “Going Clear” after seeking legal advice. Libel laws in that country make it easier to successfully sue for defamation.

“Lawrence Wright’s book is so ludicrous it belongs in a supermarket tabloid,” the church said in a statement. “The book is an error-filled, unsubstantiated, bigoted anti-Scientology book.” Wright (right) spoke with TheWrap about the furor surrounding “Going Clear,” the reason Tom Cruise is such an influential member and why he thinks Scientology must reform to survive.

Why is the history of Scientology inexorably linked with Hollywood?
This was a church that was started in Los Angeles in 1954 with the idea that the celebrity community would be a primary resource. It identified a whole group of celebrity pitchmen to go after like John Ford, Bob Hope and Marlene Dietrich.

Hubbard had his eyes on exemplary figures he could reel in, who would give the church credibility and appeal. All along the church was targeting people in the entertainment industry with the goal of taking it over, and the strategy continues to this day. In the central casting line you have people from Scientology passing out brochures saying that they can help with things like getting an agent and acting schools serve as a pipeline for recruits.

Bear in mind, a lot of these people are young, oftentimes they’ve left school early and may not have much educational grounding. This is a highly competitive industry, and you have some organization saying, ‘we want to help you and, oh by the way, look at our trophy spokespeople.’

How important is Tom Cruise to Scientology?
Tom Cruise is the most important Scientologist since L. Ron Hubbard. No one has done more to spread its name and enhance its appeal.

Does Tom Cruise benefit from his association with Scientology?
He certainly benefits materially. People in the Sea Org [the church’s clergy] have provided him with luxurious gifts. They’ve customized his limousine and built an aircraft hanger for his plane. Nobody else in the church receives treatment like that.

If you look at how things might change, something that might capture attention would be if one of these celebrity pitchmen, especially Tom Cruise, demanded reforms.

Do you think Tom Cruise and other celebrity Scientologists like John Travolta and Kirstie Alley bear some responsibility for the alleged abuses documented in your book?
There’s a willful blindness on their part that is culpable. They do not look at critical information on the church and they close their eyes to allegations and stories that are easily available and have been for decades. Is it any wonder the church has taken such a dark turn when its public faces refuse to demand accountability? Paul Haggis was one of the few celebrities to break publicly with the church. How damaging was his decision to abandon Scientology?
It was very upsetting to the church. Other people left because of it. His example gave heart to a lot of people who were conflicted about what to do.

You claim that many of members of the Sea Org, the church’s clergy, live in deplorable conditions, get paid a pittance for their service and are subjected to abuse. Why do they stay?
A lot of people joined the Sea Org when they were children, so they were in a sense born into it. Scientology is the only community they have and they are trained not to trust the outside world. They’re also impoverished, making only $50 a week, and may not have a license or a passport.

It’s something I’ve asked myself. I’ve talked to sources who were talking to the FBI when they were planning to raid [one of Scientology’s facilities] and free people there, and they told the agents, ‘if you do that, they’ll just say everything is sunshine and seashells here.’ That’s a good example of the power of indoctrination.

Given the controversy surrounding its practices, how did the Church of Scientology convince the Internal Revenue Service (IRS) to grant it tax exempt status in 1993?
The only organization empowered with the authority to determine what is a religion is the IRS and it’s an organization that is very poorly equipped to make that distinction. When the church began its campaign to change its status, it owed a billion dollars in back taxes. It did not have that amount of money and it was facing extinction, so it had to have its exemption. It launched 2,400 lawsuits against the IRS, it hired private investigators to snoop around to see which agents were drinking too much and who was fooling around, and it assassinated their characters.

Whatever the merits of their case, the deal with the IRS was that the lawsuits and personal invective would stop in return for the exemption.  I don’t know if the IRS has the stomach to challenge their status again.

Scientology claims you relied on disgruntled ex-members and that you largely ignored the church while conducting your research. How do you respond?
This business that I haven’t asked for their participation is absurd given the hundreds of email exchanges and letters asking for help going all the way back to that first New Yorker article.

A reporter can only talk to the people willing to talk to him. I repeatedly asked to talk to higher officials and the church declined. I interviewed more than 250 people for this book and the majority of them were Scientologists. Yes, some of the people I talked to were disgruntled, but they had gone to the highest levels. They were familiar with the doctrine. They had experienced the beatings and abuses and involuntary confinement. L. Ron Hubbard was such a colorful character, a person who inflated his own war record for example, and held outlandish views on everything from psychiatry to the origins of the universe. Was he a true believer or a con man?
Con men eventually take the money and run and L. Ron Hubbard never did that. He spent his life elaborating his cosmology and establishing this elaborate bureaucracy. He created a totalistic universe out of his own mind.

What makes Hubbard so fascinating is all of his contradictions. In unguarded moments, for example, he would talk about his miserable war record, but then he’d turn around and inflate his experience into this legend of heroism.

Was Hubbard mentally ill?
I’ve had conversations with medical professionals about how to diagnose him and there’s no consensus. Some say he’s a malignant narcissist, others say he’s a paranoid schizophrenic, but you can’t forget that he holds the Guinness Book of World Records for works published and created a religion. The guy was nothing if not functional.

Can Scientology survive despite the scandals?
It’s at a crossroads. What the church has in abundance is money and lawyers. What it lacks is a burgeoning membership. The church is hemorrhaging members and you don’t see any new celebrity marquee names associating themselves with Scientology. But according to ex-members, they have over a billion dollars in liquid assets tucked away in off-shore accounts, so that should keep them alive for some time.

I still think that Scientology is headed toward a reckoning. If the church and its top management doesn’t reform its practices, there is no future for it. I compare it to Mormonism, which in the 19th century was one of the most widely persecuted sects in American history and was widely hated for its practice of polygamy.  But the church changed to the point where it just fielded two presidential candidates. I’m not sure if Scientology has the same will to evolve and change.