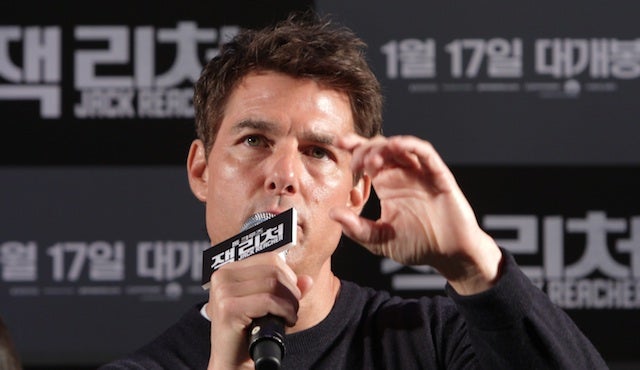 Publication of Lawrence Wright's new book about the Church of Scientology is being held up in Canada while Knopf U.S. awaits to results of a legal review, a company spokeswoman told TheWrap.

"Going Clear: Scientology, Hollywood and the Prison of Belief" was released last month in the United States, eliciting criticism from the highly secretive church.

The book has not yet been published in the United Kingdom, where legal precedent in libel cases typically gives the plaintiff an advantage.

"Given the differing legal systems in the U.S. and Canada," Knopf said in a statement, "Knopf decided not to make the book available for distribution in Canada at the present time until such legal review is completed."

Among the Pulitzer Prize-winning writer's findings in the book: The church only has between 20,000 and 30,000 members, not the eight million it claims, church leader David Miscavige inspired Tom Cruise's character in "A Few Good Men" and screenwriter Paul Haggis, the central character in Wright's earlier New Yorker article that spawned the book project, left the church due to its anti-gay teachings.

The Church of Scientology issued a scathing statement condemning Wright's reporting, saying his book was a "work of fiction, filled with errors."

"British and Canadian publishers chose not to print Mr. Wright’s book, which speaks volumes about their confidence in its facts and allegations," Karin Pouw, the church's public affairs director, said in a public statement. "Mr. Wright ignored the real story of Scientology in favor of stale allegations and ever-changing bizarre tales invented by a handful of confessed liars consumed with their media smear campaign."

But Wright told TheWrap that his repeated attempts to arrange interviews with church officials were snubbed.

"A reporter can only talk to the people willing to talk to him," he said in an interview. "I repeatedly asked to talk to higher officials and the church declined."