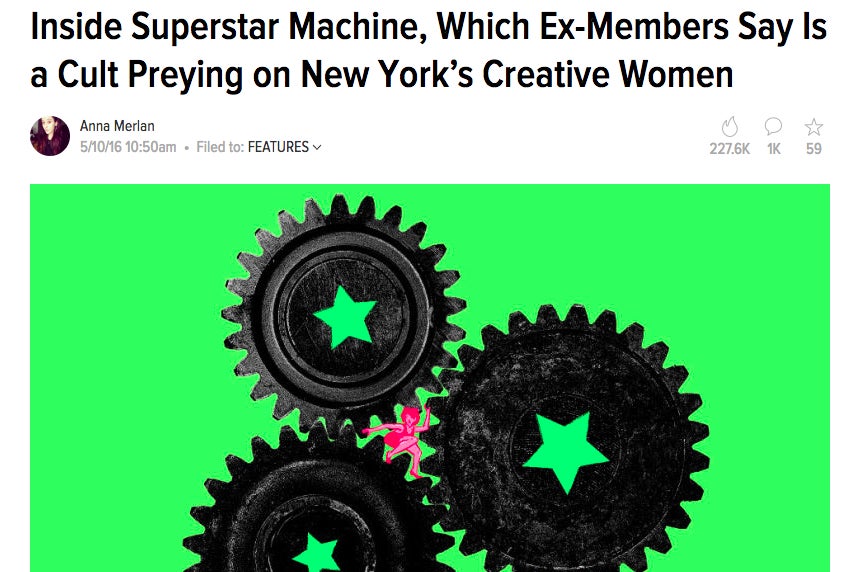 Gizmodo Media Group lashed out Thursday at the Beverly Hills lawyer who filed a $10 million libel lawsuit against its website Jezebel nearly one year after forcing Jezebel’s sister publication, Gawker, into bankruptcy.

“This case is nothing more than another obvious attempt by Charles Harder to intimidate journalists,” a spokesperson for Gizmodo said late Thursday in a statement obtained by TheWrap.

Harder’s lawsuit against Jezebel involves a story published on May 10, 2016, which, Gizmodo said, was published months before it bought certain Gawker Media assets, including Jezebel.

“Any litigation over the story should have been brought against Gawker Media in bankruptcy court — not against Gizmodo Media Group or the individual writers. We believe this suit is meritless and we plan to contest it vigorously,” Gizmodo said.

Harder represented wrestler Hulk Hogan, Terry Bollea, in a privacy lawsuit against Gawker in Florida that netted a $140-million judgement against Gawker, which forced the website into bankruptcy.

The defamation suit against Jezebel filed on Thursday accuses the publication of referring to therapy group Superstar Machine as a “cult.” The female-focused online magazine also wrote that Superstar leader Gregory “International” Scherick “preyed on insecure women and controlled their lives.”

The May 2016 feature was titled, “Inside Superstar Machine, Which Ex-Members Say Is a Cult Preying on New York’s Creative Women.” For the piece, Jezebel writer Anna Merlan interviewed multiple women who claimed to be former members of Superstar Machine, a group that went through several iterations. According to the writer’s exposé, those sources “all say Scherick has cultivated a group of women who served as his seconds-in-command, and whose role is to praise him, back up his decisions, and remind everyone coming into the group that they needed to give him ‘a good experience.'”

“Part of the broader emphasis, they say, was on ‘serving the masculine,'” the Jezebel story states.

Scherick claims to be a mouthpiece for “The Divine,” according to the story, and he coerced members to discuss intimate details of their sex lives and told them to perform sexual acts — sometimes with inanimate objects.

At the alleged cult’s top levels — heights one had to pay hundreds of dollars a month (or more) to reach — there were afterparties following certain therapy sessions, Jezebel wrote. Those exclusive meetings were “entirely sex-based,” per one ex-member. “He would ask women to talk about their relationships, their sex lives, what they’d do with their boyfriends,” said the ex-member, whose story was corroborated by another ex-member.

Scherick is suing Merlan and former Jezebel editor-in-chief Emma Carmichael, who the lawsuit noted was the managing editor of Gawker.com when it published Hulk Hogan’s secretly recorded sex tape, according to the document obtained by TheWrap. This new suit also lists Gizmodo Media Group, which currently owns Jezebel and other Gawker entities, as a defendant.