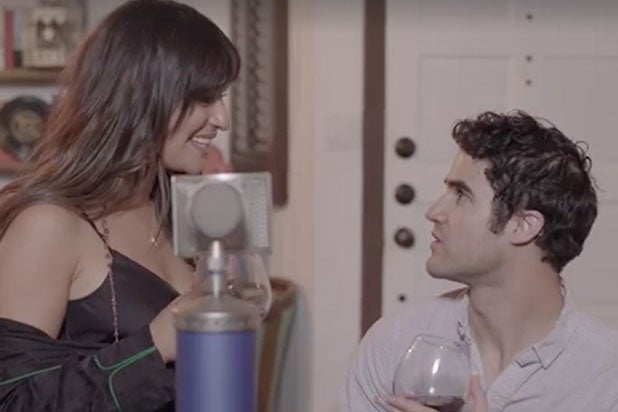 Lea Michele and Darren Criss took “Glee” fans on a trip down memory lane by performing The Human League’s “Don’t You Want Me” during a Facebook Live broadcast.

Criss joined Michele during the live event on Wednesday in which she promoted her upcoming album, “Places,” out on April 28. In the video, Criss played the guitar and sang with Michele. (Fans may recall that the duo performed the song during the second season of “Glee.”)

In another video, Michele sang her new song, “Getaway Car,” while Criss accompanied her on the piano. They also performed “Lost Boy Life” from Computer Games’s debut EP. Computer Games is Criss’ new band with his brother Chuck.

In January, Michele talked about her new single “Getaway Car” and how it related to Monteith, who died in 2013. Michele and Monteith were a couple at the time.

“We used to just get in the car and drive sometimes. Me and the tall guy and it was like our getaway and it was so great,” Lea shared. “You know, and everything was getting big and popular with ‘Glee’ and it was sort of our escape. So this next song is called ‘Getaway Car’ and its having that moment in the car.”