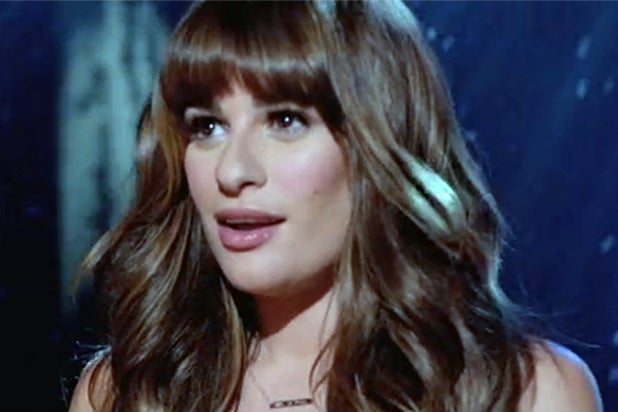 Three years after the death of Cory Monteith, former flame Lea Michele is keeping her ex-boyfriend and “Glee” co-star right next to her heart. Or at least in a region within proximity of it.

Michele stripped down for Women’s Health UK’s Naked Issue, baring not only generous amounts of flesh but also a tattoo tribute to Monteith near her posterior.

Monteith died in July 2013 at age 31 of what the coroner later determined to be mixed drug toxicity involving heroin and alcohol.

Shortly after the actor’s death, Michele — who played Rachel Berry on the Fox musical series — tweeted, “Thank you all for helping me through this time with your enormous love & support. Cory will forever be in my heart.”

In the interview, Michele reveals that, three years after Monteith’s death, she’s doing well both physically and emotionally.

Also Read: Lea Michele Shows Off Some Skin in Steamy 'On My Way' (Video)

The actress also said that she has taken to spinning in order to stay in shape.

“When I left Glee, I needed something to replace all the dancing about I was doing,” Michele said.

See her photos and read excerpts from her interview here.