Lea Thompson, the veteran actress who has directed her own daughter in her first feature, said on Thursday that getting sexually harassed during auditions “was like Kryptonite” – killing her ability to win roles in her younger years.

“I didn’t realize these things were unacceptable and how they kept me down all these years,” she said, speaking at TheWrap’s Power Women Breakfast in San Francisco. “I was in really bad auditions and people would start on me and it would take all my power away to the point where I didn’t get the job. It was like Kryptonite… It was obvious when a director was shopping for a girlfriend.”

Thompson spoke at Dolby Laboratories headquarters in San Francisco with her daughter Madelyn Deutch, who she directed in “The Year of Spectacular Men,” which Deutch also wrote and scored. They were the keynote at the breakfast which also included Oakland Mayor Libby Schaaf and Compton Mayor Aja Brown, along with a panel of entrepreneurial women of color. The series recognizes influential women of entertainment, media, technology and brands, and is also held in cities like Washington D.C. and New York.

Referring to the #MeToo phenomenon, Deutch, 27,  said, “This movement has made me check myself in how I look at women in positions of power,” adding that she is at times unfair in her criticism of other women. “We are trained in scarcity versus abundance. There’s always been less opportunities so it’s always been, ‘Be the best at your job.'”

Thompson said that the movement has made her see progress in diverse representation and storytelling. 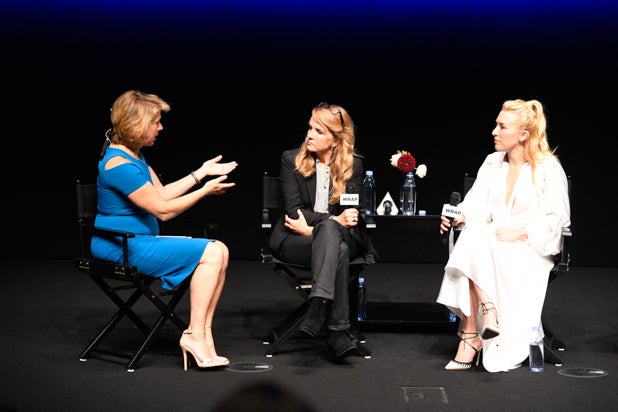 “I had an agent tell me there were three roles I could play:  virgins, whores and mothers,” Thompson said, who may be best known for playing Michael J. Fox’s mother in “Back to the Future.” She added: “That’s maybe why people like ‘Back to the Future’ so much, because I played all three. That’s what’s so great about diversity in storytelling and business — It’s gotten boring doing the same business model and telling the same stories… When you do diversity, you get new business, new stories, new inspiration and you appeal to the new America.”

She added, “I like that now you aren’t considered crazy if you say [on set] ‘Hey, I feel uncomfortable. Maybe we shouldn’t do that.’ I’m glad the conversation has been started.”

Deutch added that she learned a lot from casting her own movie, specifically about the lack of diversity in lead roles. She explained that she had five love interests in the movie, one of which was played by Brandon T. Jackson. When she asked him why he wanted to be a part of this movie, Jackson had a heartbreaking explanation. 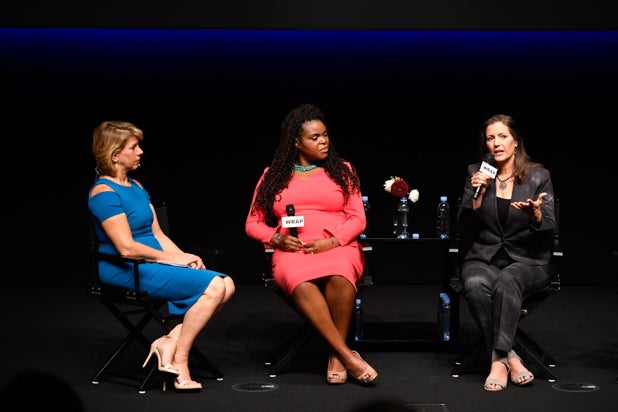 Oakland Mayor Libby Schaaf called out Donald Trump’s border policy, saying that her city puts children in college, not cages, referencing immigrant children still in detention. “This [is a] crazy national moment we find ourselves in where my government is putting children in cages,” said Schaaf. “In Oakland, we put children in college, that’s what we’re about.”

Compton Mayor Aja Brown and Schaaf also spoke about the challenges they have faced in their positions because of their gender. Before she went into politics, Brown said she thought she would have to be older to pursue her dream. 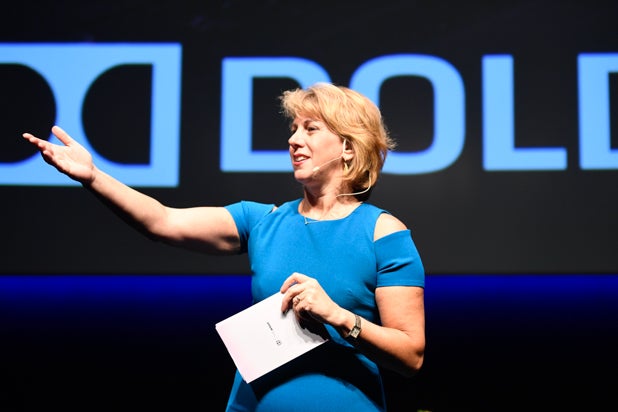 “I assumed I had to be 40,” said the 36-year-old mayor, who was only 31 when she was first elected. “I was always asked, ‘Are you old enough?’ and I would say, ‘I think I am! There’s no age restriction!’ There are just barriers we have to do break through mentally.”

During TheWrap’s Power Women Breakfast, three female digital entrepreneurs discussed their reasons for starting their own companies. Bryanda Law, CEO and founder of Quirktastic, Farah Allen, CEO and founder of The Labz and Valeska Toro, founder of Sola Travelers, all said that they started their companies to fill a void of diverse female representation in their respective fields.

“I created this community of people who felt they were misfits and that their voices weren’t heard,” Law said about Quirktastic, a platform that creates media and tech products for “geeks, nerds, alternatives, free spirits, and intellectuals of color.” Toro founded her company, a platform for women to write reviews while traveling, so women could help other women find safe places to travel to and empower each other, conveying the idea that traveling alone doesn’t have to have a negative connotation. 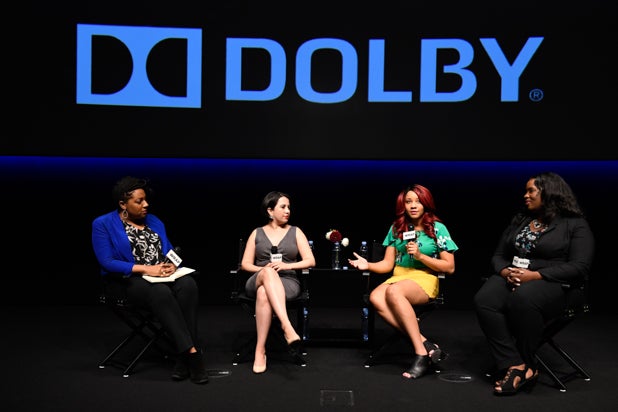 Allen, a technologist, founded The Labz, so musicians would have an easy way to protect their copyright. “Creatives would never be excited about business processes and my job was to fix that. While you’re working, we’re collecting all data for your business processes.”

“I’ve heard two things today,” Deutch said after listening to the other panels at the breakfast. “I keep hearing that we can’t do it alone and [we need] money. Those are the things I hear on a loop — you need support, scaffolding as you build the building, and you need investors.”

“To be inspired by all of you is wonderful,” Thompson said, addressing the audience. “As Michelle Obama once said, we hold each other to impossible standards and that’s what stops us from helping each other.”