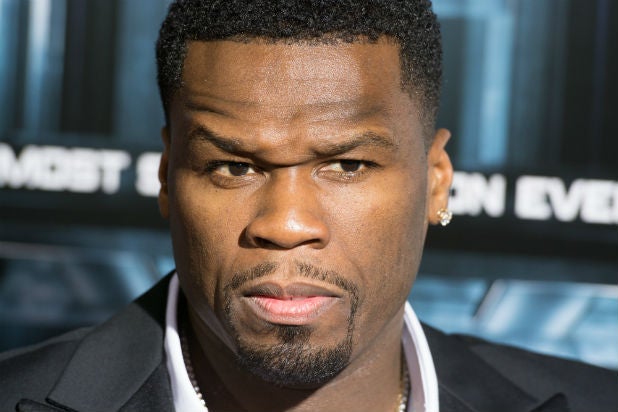 Watch out, 50 Cent; Leah Remini has you licked.

Rapper 50 Cent and actress Remini did a whole lot of tongue-wagging during Thursday’s episode of “Watch What Happens Live,” with Remini telling the rapper that a certain aspect of his sexual past is a “problem.”

The cheeky back-and-forth came about when host Andy Cohen asked the rapper about his former flame Vivica A. Fox’s suggestion that 50 Cent might be gay.

“That what happens when you get older in Hollywood,” the rapper responded to Cohen. “I said [on Instagram], ‘Oh no, ’cause I let her lick my ass, she thinks I’m gay!'”

“The King of Queens” alum Remini was quick to set 50 Cent straight on the situation.

“That’s the problem! You let someone lick your ass, and look what happens. Don’t let anybody lick your ass!” Remini told the rapper.

While the actress noted that she wouldn’t personally engage in such activities, saying, “There’s no reason for me to lick your ass,” she did allow that, if she were in 50 Cent’s position, she might let a woman get a few licks in.

“I’m not bashing Vivica at all, because I did work with her, and she’s nice,” Remini said. “But here’s what I’m saying. If I was a guy and I had that kind of watch and those kind of sneakers, and a bitch would lick my ass, I would let her lick my ass.”

During an appearance on “Watch What Happens Live” last year, Fox addressed 50 Cent’s criticism that her show “Empire” featured too much “gay stuff,” retorting, “First of all, you know the pot called the kettle black is all I’m saying.”

Also Read: Vivica A. Fox Steps Up Beef With 50 Cent After Gay Jibes

She went on to say of the rapper, “He just seems like he’s got something that’s not quite clear.”

Watch the latest update on 50 Cent’s sexual proclivities in the video.