UPDATE, Saturday, Nov. 12: LAPD representatives failed to respond to repeated requests for comment from TheWrap submitted by phone and email. However, on Friday night the LAPD public information office quietly posted a statement on Twitter denying that Corey Palka had any involvement in the Miscavige case.

Former Scientologist turned outspoken critic Leah Remini on Thursday called on the Los Angeles Police Department to investigate ties between the church and the LAPD officer who has been accused of leaking confidential information about sexual misconduct accusations against former CBS CEO Les Moonves to the network. She also called on LAPD to sever any ties it may have with Scientology.

In a series of Tweets on Thursday, Remini said that the accused former officer, 34-year LAPD veteran Corey Palka, was in charge of the LAPD division where, in 2013, she filed a missing person report for Shelly Miscavige, wife of Scientology leader David Miscavige.

Shelly Miscavige has not been seen in public since 2007. Scientology representatives have consistently denied anything is amiss and have maintained that Miscavige is a dedicated member of the church who has chosen to live a private life. Within days of Remini filing her missing persons report, the LAPD said it had located and spoken to Miscavige and declared that she is not actually missing; however the speed at which the department reached this conclusion and the way it has kept information related to the case from becoming public have been criticized in the years since. 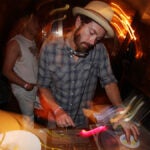 In her thread Thursday, Remini criticized the LAPD for announcing the results of its investigation into Miscavige’s whereabouts to the media before telling her. She said that requests for more information from the department about the investigation were shot down amid claims the information was “classified.” She also said that the LAPD has since refused to cooperate with further attempts to obtain that information.

LAPD representatives didn’t immediately respond to a request for comment from TheWrap.

Remini provided no evidence of any kind of specific agreement between the LAPD and the Church of Scientology regarding the investigation into Miscavige. But she did post copies of emails between Scientology representatives and Palka, as well as references to other events that she said indicates inappropriate closeness between the two groups.

You can read the full thread here. 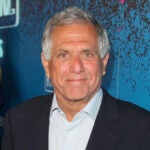 Earlier this month., the State of New York reached a settlement wherein Moonves and Paramount Global agreed to pay a combined $24.5 million to CBS shareholders to settle insider trading and sexual misconduct claims.

As part of that agreement, it was revealed that the insider trading had been enabled by an LAPD captain — later identified as Palka — who in 2018 secretly leaked confidential police reports and other documents with CBS SVP of talent relations Ian Metrose, who then shared it with Moonves and other CBS execs.

According to New York Attorney General Letitia James, former Chief Communications Officer Gil Schwartz was authorized to sell nearly $8.5 million of CBS stock ahead of the public disclosure of the allegations against Moonves — who was fired in December 2018. Network executives and Palka worked for months to keep the assault allegations from becoming public, including the sharing of confidential witness statements and unredacted police reports, James’ office said. (Schwartz died in 2019 at age 68; Metrose is still employed by CBS.)